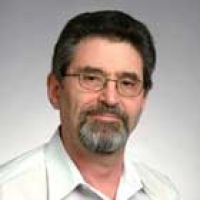 Prof. Meyer has been at MIT since 1969 and became Emeritus on January 1, 2019. He is best known for his contributions to computational complexity theory, including the formulation of the POLYNOMIAL-TIME HIERARCHY and the first proofs of the exponential complexity of decision problems in logic and algebra. He has contributed extensively to Type Theory and Semantics of programming languages and concurrent processes. As an outgrowth of his recent responsibility for several large introductory courses, he has become interested in educational technology.

Prof. Meyer has supervised twenty-six Ph.D students, many now prominent researchers on the faculty of leading departments throughout the country. He is a Fellow of the American Academy of Arts and Science, a lifetime member and Fellow of the ACM. He was Editor-in-Chief of the international journal Information and Computation from 1982 to 2020.