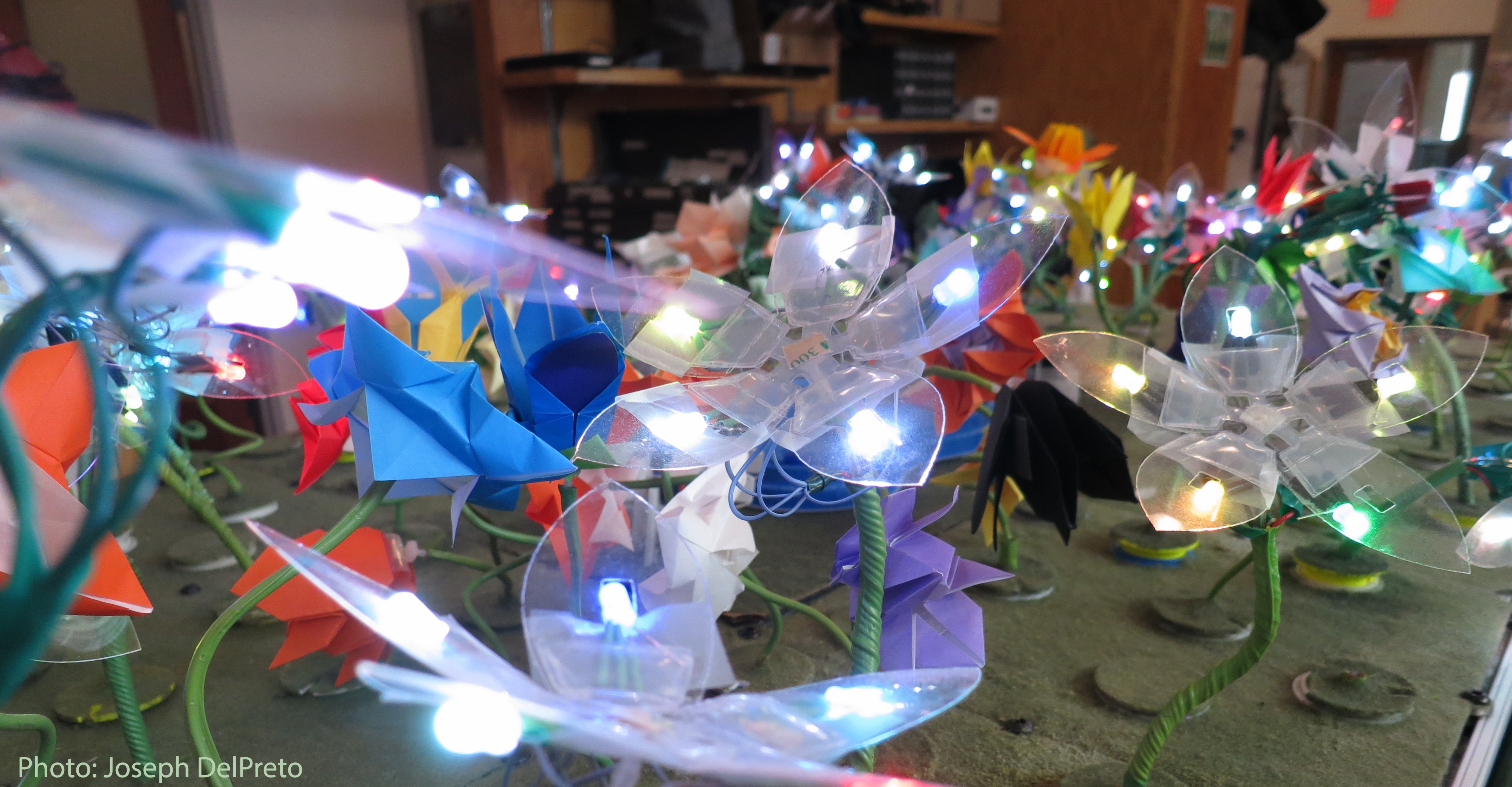 Computational thinking is an important part of a modern education, and robotics provides a powerful tool for teaching programming logic in an interactive and engaging way. The robot garden is a distributed multi-robot system capable of running autonomously or under user control from a simple graphical interface.

Over 100 origami flowers are actuated with LEDs and printed pouch motors, and are deployed in a modular array around additional swimming and crawling folded robots. The garden integrates state-of-the-art rapid design and fabrication technologies with distributed systems software techniques to create a scalable swarm in which robots can be controlled individually or as a group.

The garden can visualize computer science concepts such as search algorithms or graph coloring, and can also act as a real-time volume meter and respond to music.  Check out videos of the garden in action!