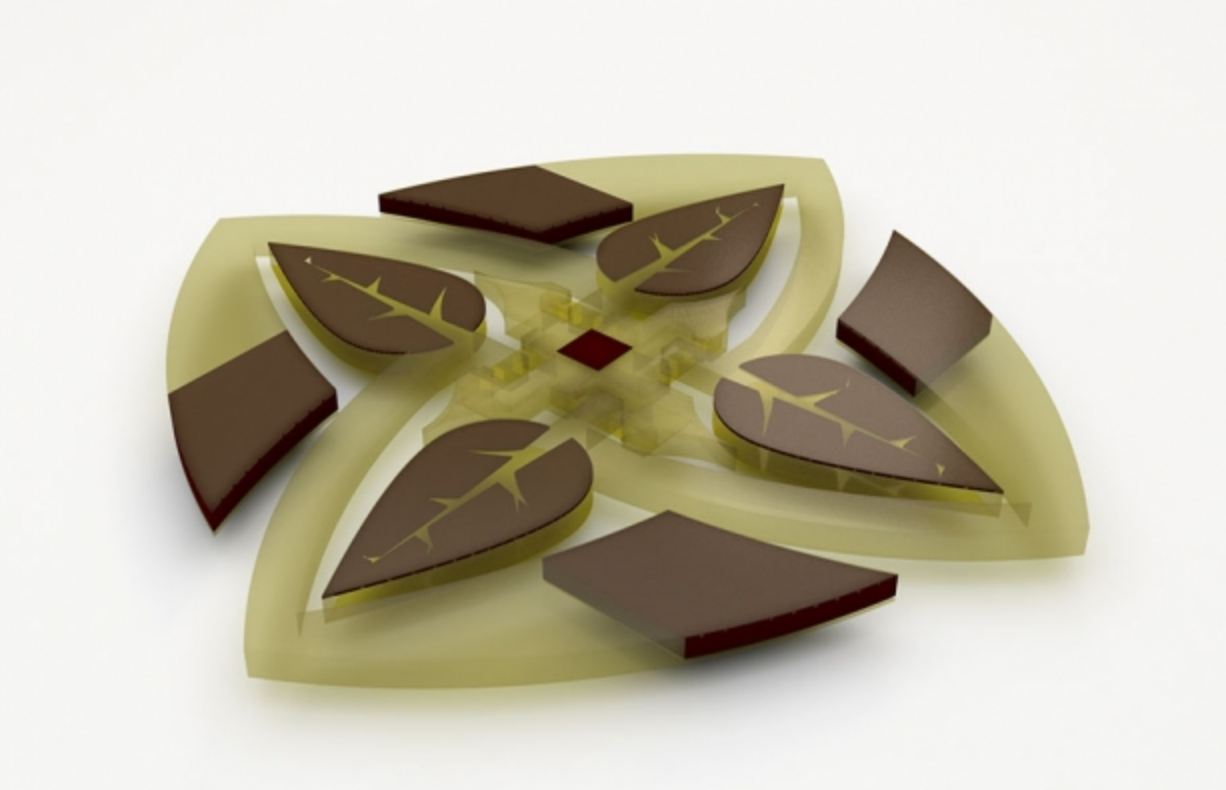 An automated system developed by MIT researchers designs and 3-D prints complex robotic parts called actuators that are optimized according to an enormous number of specifications. In short, the system does automatically what is virtually impossible for humans to do by hand.

In a paper published today in Science Advances, the researchers demonstrate the system by fabricating actuators — devices that mechanically control robotic systems in response to electrical signals — that show different black-and-white images at different angles. One actuator, for instance, portrays a Vincent van Gogh portrait when laid flat. Tilted an angle when it’s activated, however, it portrays the famous Edvard Munch painting “The Scream.” The researchers also 3-D printed floating water lilies with petals equipped with arrays of actuators and hinges that fold up in response to magnetic fields run through conductive fluids.

The actuators are made from a patchwork of three different materials, each with a different light or dark color and a property — such as flexibility and magnetization — that controls the actuator’s angle in response to a control signal. Software first breaks down the actuator design into millions of three-dimensional pixels, or “voxels,” that can each be filled with any of the materials. Then, it runs millions of simulations, filling different voxels with different materials. Eventually, it lands on the optimal placement of each material in each voxel to generate two different images at two different angles. A custom 3-D printer then fabricates the actuator by dropping the right material into the right voxel, layer by layer.

“Our ultimate goal is to automatically find an optimal design for any problem, and then use the output of our optimized design to fabricate it,” says first author Subramanian Sundaram PhD ’18, a former graduate student in the Computer Science and Artificial Intelligence Laboratory (CSAIL). “We go from selecting the printing materials, to finding the optimal design, to fabricating the final product in almost a completely automated way.”

The shifting images demonstrates what the system can do. But actuators optimized for appearance and function could also be used for biomimicry in robotics. For instance, other researchers are designing underwater robotic skins with actuator arrays meant to mimic denticles on shark skin. Denticles collectively deform to decrease drag for faster, quieter swimming. “You can imagine underwater robots having whole arrays of actuators coating the surface of their skins, which can be optimized for drag and turning efficiently, and so on,” Sundaram says.

Robotic actuators today are becoming increasingly complex. Depending on the application, they must be optimized for weight, efficiency, appearance, flexibility, power consumption, and various other functions and performance metrics. Generally, experts manually calculate all those parameters to find an optimal design.

Adding to that complexity, new 3-D-printing techniques can now use multiple materials to create one product. That means the design’s dimensionality becomes incredibly high. “What you’re left with is what’s called a ‘combinatorial explosion,’ where you essentially have so many combinations of materials and properties that you don’t have a chance to evaluate every combination to create an optimal structure,” Sundaram says.

In their work, the researchers first customized three polymer materials with specific properties they needed to build their actuators: color, magnetization, and rigidity. In the end, they produced a near-transparent rigid material, an opaque flexible material used as a hinge, and a brown nanoparticle material that responds to a magnetic signal. They plugged all that characterization data into a property library.

The system takes as input grayscale image examples — such as the flat actuator that displays the Van Gogh portrait but tilts at an exact angle to show “The Scream.” It basically executes a complex form of trial and error that’s somewhat like rearranging a Rubik’s Cube, but in this case around 5.5 million voxels are iteratively reconfigured to match an image and meet a measured angle.

Initially, the system draws from the property library to randomly assign different materials to different voxels. Then, it runs a simulation to see if that arrangement portrays the two target images, straight on and at an angle. If not, it gets an error signal. That signal lets it know which voxels are on the mark and which should be changed. Adding, removing, and shifting around brown magnetic voxels, for instance, will change the actuator’s angle when a magnetic field is applied. But, the system also has to consider how aligning those brown voxels will affect the image.

To compute the actuator’s appearances at each iteration, the researchers adopted a computer graphics technique called “ray-tracing,” which simulates the path of light interacting with objects. Simulated light beams shoot through the actuator at each column of voxels. Actuators can be fabricated with more than 100 voxel layers. Columns can contain more than 100 voxels, with different sequences of the materials that radiate a different shade of gray when flat or at an angle.

When the actuator is flat, for instance, the light beam may shine down on a column containing many brown voxels, producing a dark tone. But when the actuator tilts, the beam will shine on misaligned voxels. Brown voxels may shift away from the beam, while more clear voxels may shift into the beam, producing a lighter tone. The system uses that technique to align dark and light voxel columns where they need to be in the flat and angled image. After 100 million or more iterations, and anywhere from a few to dozens of hours, the system will find an arrangement that fits the target images.

“We’re comparing what that [voxel column] looks like when it’s flat or when it’s titled, to match the target images,” Sundaram says. “If not, you can swap, say, a clear voxel with a brown one. If that’s an improvement, we keep this new suggestion and make other changes over and over again.”

To fabricate the actuators, the researchers built a custom 3-D printer that uses a technique called “drop-on-demand.” Tubs of the three materials are connected to print heads with hundreds of nozzles that can be individually controlled. The printer fires a 30-micron-sized droplet of the designated material into its respective voxel location. Once the droplet lands on the substrate, it’s solidified. In that way, the printer builds an object, layer by layer.

The work could be used as a stepping stone for designing larger structures, such as airplane wings, Sundaram says. Researchers, for instance, have similarly started breaking down airplane wings into smaller voxel-like blocks to optimize their designs for weight and lift, and other metrics. “We’re not yet able to print wings or anything on that scale, or with those materials. But I think this is a first step toward that goal,” Sundaram says. 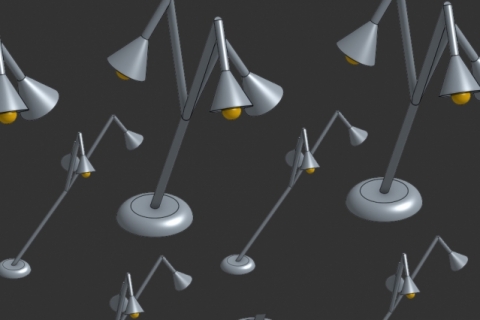 Users can quickly visualize designs that optimize multiple parameters at once. 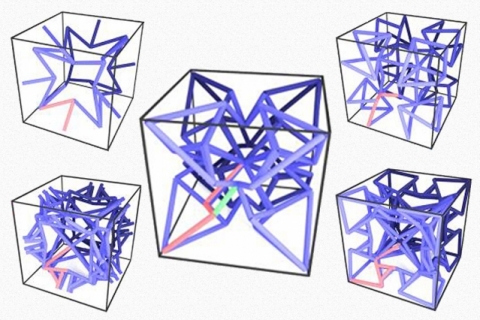 With new approach, researchers specify desired properties of a material, and a computer system generates a structure accordingly. 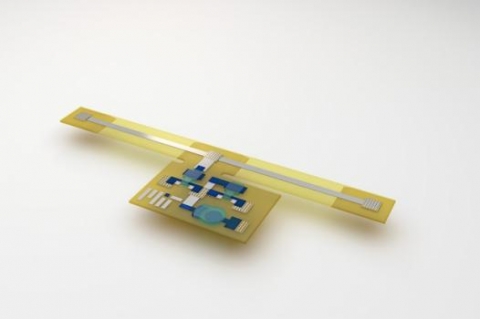 Toward printable, sensor-laden “skin” for robots

In this age of smartphones and tablet computers, touch-sensitive surfaces are everywhere. They’re also brittle, as people with cracked phone screens everywhere can attest.

Toward printable, sensor-laden “skin” for robots 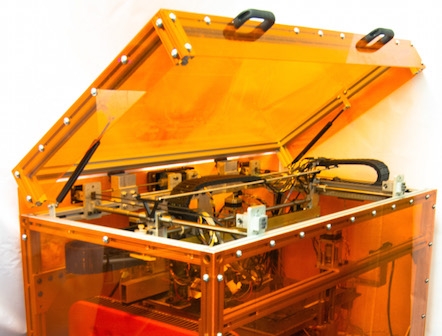 3D printing is great, assuming that all you need to do is print one material for one purpose, and that you’re okay with it taking a few tries. But the technology is still far behind where it could be in reliably producing a variety of useful objects, with no assembly required, at a cost that doesn’t make you want to poke your eyes out with a 3D-printed fork.