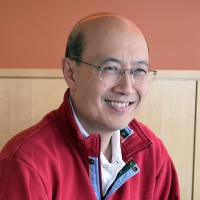 Andrew W. Lo is the Charles E. and Susan T. Harris Professor at the MIT Sloan School of Management and the director of MIT's Laboratory for Financial Engineering. He joined CSAIL as a principal investigator in 2011.  He received his A.M. and Ph.D. in economics from Harvard University in 1984, his B.A. in economics from Yale University in 1980, and graduated from the Bronx High School of Science in 1977. He began his academic career at the University of Pennsylvania's Wharton School, where he was an assistant and associate professor from 1984 to 1988.

Lo has published extensively in academic journals (see http://alo.mit.edu) and his most recent book is Adaptive Markets: Financial Evolution at the Speed of Thought.  His awards include Sloan and Guggenheim Fellowships, the Paul A. Samuelson Award, the Harry M. Markowitz Award, the CFA Institute’s James R. Vertin Award, as well as election to Academia Sinica, the American Academy of Arts and Sciences, the Econometric Society, and TIME’s 2012 list of the “100 most influential people in the world.” His book Adaptive Markets has also received a number of awards, listed here, and he has received teaching awards from the University of Pennsylvania and MIT.

Lo is also a research associate of the National Bureau of Economic Research, a member of the Board of Overseers at Beth Israel Deaconess Medical Center and the Board on Mathematical Sciences and Their Applications at the National Academy of Sciences, a board member of Roivant Sciences and the Whitehead Institute for Biomedical Research, and a member of advisory committees at the Federal Reserve Bank of New York and FINRA.

This CoR brings together researchers at CSAIL working across a broad swath of application domains. Within these lie novel and challenging machine learning problems serving science, social science and computer science.

Please send your resume and transcript to alo-admin@mit.edu with a brief description of your background and research interests.