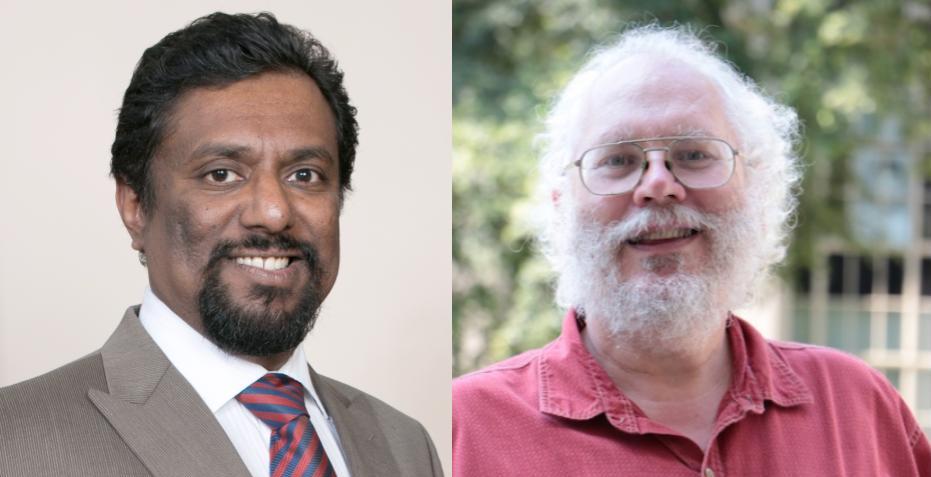 Today the Association for Computer Machinery (ACM) announced its 2019 fellows, which include two MIT CSAIL researchers: professors Saman Amarasinghe and Peter Shor. They were among the 1 percent of ACM members to receive the distinction.

“Saman and Peter are fantastic colleagues and extraordinary computer scientists, which makes it no surprise to me that they would be recognized with the most prestigious member grade of the ACM,” said CSAIL director Daniela Rus. “All of us at the lab are so very proud of Saman and Peter for receiving these esteemed honors.”

“Computing technology has had a tremendous impact in shaping how we live and work today,” said ACM President Cherri M. Pancake in announcing the fellows. “All of the technologies that directly or indirectly influence us are the result of countless hours of collaborative and/or individual work, as well as creative inspiration and, at times, informed risk-taking.  In highlighting the accomplishments of the ACM Fellows, we hope to give credit where it is due, while also educating the public about the extraordinary array of areas in which computing professionals work.”

Amarasinghe was selected for the contributions he’s made to high-performance computing on modern hardware platforms, domain-specific languages, and compilation techniques. He leads CSAIL’s Commit group, which focuses on developing programming languages and compilers that maximize application performance on modern computing platforms. Among the languages his team has developed include Halide, TACO, MILK, Cimple, and GraphIt.

Shor was selected for his contributions to quantum computing, information theory, and randomized algorithms. A quantum algorithm he developed - now known as Shor’s algorithm - can factor exponentially faster than ones that run on classical computers. A professor of applied mathematics at MIT, he has received a MacArthur genius grant and has also been honored with one of the most prestigious honors in quantum computing, the Micius Quantum Prize.

ACM will formally recognize the fellows at its annual awards banquet in San Francisco in June.

Related
Saman Amarasinghe
Peter Shor
2019 ACM fellows
MIT Department of Mathematics
MIT Department of Electrical Engineering and Computer Science
“Saman and Peter are fantastic colleagues and extraordinary computer scientists, which makes it no surprise to me that they would be recognized with the most prestigious member grade of the ACM.”