In this project we investigate novel techniques for partitioning shared resources among co-running applications in multicore systems.

Cache partitioning is now available in commercial hardware. In theory, software can leverage cache partitioning to use the last-level cache better and improve performance. In practice, however, current systems implement way-partitioning, which offers a limited number of partitions and often hurts performance. These limitations squander the performance potential of smart cache management.

KPart is a hybrid cache partitioning-sharing technique that sidesteps the limitations of way-partitioning and unlocks significant performance on current systems. KPart using machine learning clustering techniques to group co-running applications into clusters, then partitions the cache among these clusters. An evaluation of KPart on a real system shows that this approach can improve throughput by 24% on average (up to 79%) on an Intel Broadwell-D system. 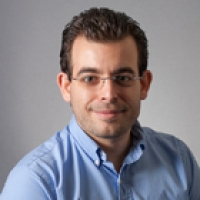