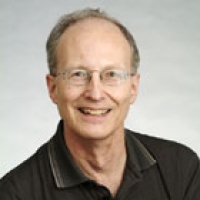 Professor Saltzer, who formally retired in 1995 but continued actively teaching until 2005, has had a long-standing interest in computer systems and communications, with a concern for the impact of these systems on society, especially on privacy and the risks of depending on fragile technology. He developed the EECS department core subject on the engineering of computer systems, for which he co-authored the textbook Principles of Computer System Design with Frans Kaashoek. He created TYPSET, an early context editor, and RUNOFF, the ancestor of most type-setting formatters. He participated in the later development of the Compatible Time-Sharing System (CTSS) and was deeply involved in the design of Multics, including its security features, the first kernel thread package, the first time-of-century clock, and development of what would today be known as a micro-kernel. Together with Michael Schroeder, he articulated a set of security design principles that are widely cited, and together with David Clark and David Reed, he articulated the end-to-end argument, a key organizing principle of the Internet. From 1984 through 1988 he was Technical Director of M. I. T. Project Athena, a system of networked engineering workstations for undergraduate education and one of the first deployed examples of the system organization known today by the jargon term "cloud computing".

In addition to computer systems, Professor Saltzer dabbles in art history. He is preparing a catalog of the paintings of Frederick Ferdinand Schafer.  He has retired to Idaho but his MIT telephone extension still rings his cell phone.