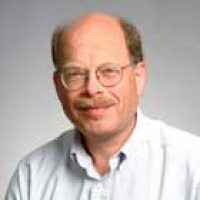 Chris Terman is a Senior Lecturer in the EECS Dept. and a member of the Computer Architecture Group in CSAIL. Terman implemented several early prototypes for microprocessor-based workstations that led to the development of the IEEE-1196 Bus Architecture (the NuBus) which introduced the idea of plug-and-play peripherals. In his work on CAD tools for VLSI circuits, Terman developed several algorithms for full-chip transistor-level timing simulation including SIM which was widely used in industry and academia.

During 10 years in industry, Terman cofounded several firms, including Symbolics Inc. (manufacturer of Lisp Machines), TLW Inc. (VLSI designs for communications and multimedia), and Curl Co. (software technology for the Web). After returning to MIT, Terman has worked on developing educational technology for use in teaching design-oriented courses.