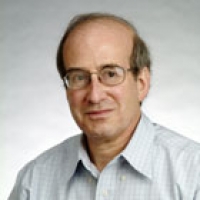 Dr. Alan Willsky received his S.B. in 1969 and his Ph.D. in 1973 from the Department of Aeronautics and Astronautics at MIT. He joined the M.I.T. faculty in 1973 and is the Edwin Sibley Webster Professor of Electrical Engineering.

He co-founded and was a member of the Board of Directors of Alphatech, Inc., now BAE Systems Advanced Information Technologies, where he continues to hold the position as Chief Scientific Consultant. From 1998-2002 he served as a member of the United States Air Force Scientific Advisory Board. He has received a number of awards including the 1975 American Automatic Control Council Donald P. Eckman Award, the 1979 ASCE Alfred Noble Prize, the 1980 IEEE Browder J. Thompson Memorial Award, and the 2004 IEEE Donald G. Fink Prize Paper Award.

Dr. Willsky has held visiting positions in England and France and various leadership positions in the IEEE Control Systems Society (which made him a Distinguished Member in 1988). He has delivered numerous keynote addresses and is co-author of the undergraduate text Signals and Systems.

His research interests are in the development and application of advanced methods of estimation and inference, statistical signal and image processing, graphical models, machine learning, and sensor networks. Methods he has developed have been successfully applied in a variety of applications including failure detection, surveillance systems, biomedical signal and image processing, and remote sensing.