Where do America's worst drivers live? 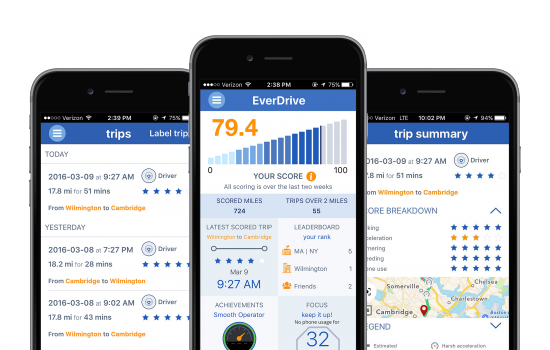 This week the team from Cambridge Mobile Telematics (CMT) crunched three months of numbers to determine where America's safest and most dangerous drivers live, using data from 15,000 people driving approximately 18 million miles. Check out the results (and methodology) below:

America's safest driving city: Billings, Montana
Billings drivers seem to hardly use their phone while driving, and outperformed the other cities in every measured category (except speeding, where they tied with users in Sioux Falls, South Dakota — only 1.3 minutes of significant speeding per 100 miles).

About EverDrive
Cambridge Mobile Telematics' (CMT) app applies machine learning and signal processing algorithms on sensor data to score users' driving quality. According to CMT, which developed the app with auto-insurance platform EverQuote, this is the first national driving study that uses smartphone telematics data. The team says that their findings correlate with Allstate's "2016 Best Drivers" report, which is based on actual insurance claims.
The team developed a scoring algorithm that captures a driver’s level of safety. The basic components of the DriveWell Score include harsh acceleration, hard braking, harsh cornering, excessive speeding, and phone distraction.
•    The first three components measure abrupt changes in car motion, indicating aggressiveness, poor anticipation, or crash avoidance.
•    Unsafe speeding is flagged when the driving speed is considerably higher (by a dynamic threshold) than the speed of the ambient traffic or the posted speed limit.
•    Phone distraction measures how often the driver is using their phone while the vehicle is in motion.1