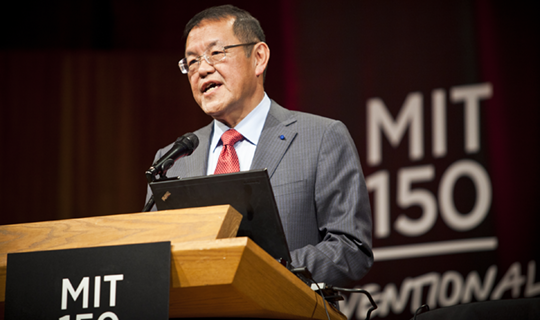 This week CSAIL principal investigator Victor W. Zue was one of three MIT faculty members to be elected as a fellow of the American Association for the Advancement of Science (AAAS), according to the journal Science.

The new fellows are part of a group of 347 AAAS members elected by their peers in recognition of their scientifically or socially distinguished efforts to advance science or its applications. This year’s fellows will be honored at a ceremony on Feb. 13, 2016, at the AAAS Annual Meeting in Washington.

The Delta Electronics Professor of Electrical Engineering and Computer Science, Zue was recognized for distinguished contributions to the field of computational spoken language and language understanding, and for contributions to the strengthening of academic computer science research; as well as for distinguished contributions to acoustic phonetics, phonology, and speech recognition, and for leadership in the development of human language technologies. For 10 years Zue served as director of the Lab for Computer Science (LCS), as well as director of CSAIL, before returning to teaching and research in 2011.

The other elected fellows are Karl K. Berggren, a professor in the Department of Electrical Engineering and Computer Science; Edmund Bertschinger, a professor of physics and MIT’s Institute Community and Equity Officer; and Gerald Fink, a professor of biology at the Whitehead Institute.