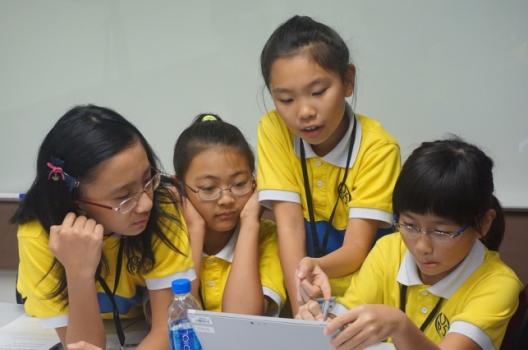 CoolThink@JC, a four-year initiative of The Hong Kong Jockey Club Charities Trust, was launched today to empower the city’s primary school teachers and students with computational thinking skills, including coding.

Deputy Chair of The Hong Kong Jockey Club Anthony W. K. Chow said that CoolThink@JC was not only about coding and programming but also about empowering students to become problem-solvers and creators in the digital world. "The trust has encompassed innovation as one of the core value drivers in its charitable works to create more social impact, be it innovation in service models, application of technology, or development of innovation capacity in the community.”

CoolThink@JC will offer training to students in grades 4 through 6 and their teachers, and also provide orientation for parents. Areas of focus will include foundational programming concepts, problem solving skills, and creating mobile apps.

MIT has played a leading role in developing the two key technologies used in CoolThink@JC: Scratch and MIT App Inventor. Scratch is a visual programming language designed for novice programmers. MIT App Inventor is an intuitive introduction to programming and mobile computing.

“We see this as a great way to showcase the power of App Inventor and demonstrate our commitment to making the creative power of computing accessible to everyone,” says Abelson. “An experiment at this scale will be a real-life laboratory for technology-enriched primary, not just a small demonstration.”

To maximize the potential education and research benefits and to ease adoption throughout the city and beyond, CoolThink@JC is taking a three-pronged approach:

* developing evidence-based instruction and conducting and publishing rigorous, research to assess student benefits throughout the initiative;

* increasing teacher capacity by training 100 teachers from the program’s pilot schools as well as educators from Hong Kong non-governmental organizations; and

* creating a network for community support by City University of Hong Kong reaching out to more than 2,000 parents to improve their understanding of computational thinking and coding education.

In addition to committing HK$216 million in funding (about $30 million USD, with around $4 million being received by MIT) over three years, The Hong Kong Jockey Club Charities Trust has been actively engaging stakeholders in the government, businesses, and other local institutions of learning.