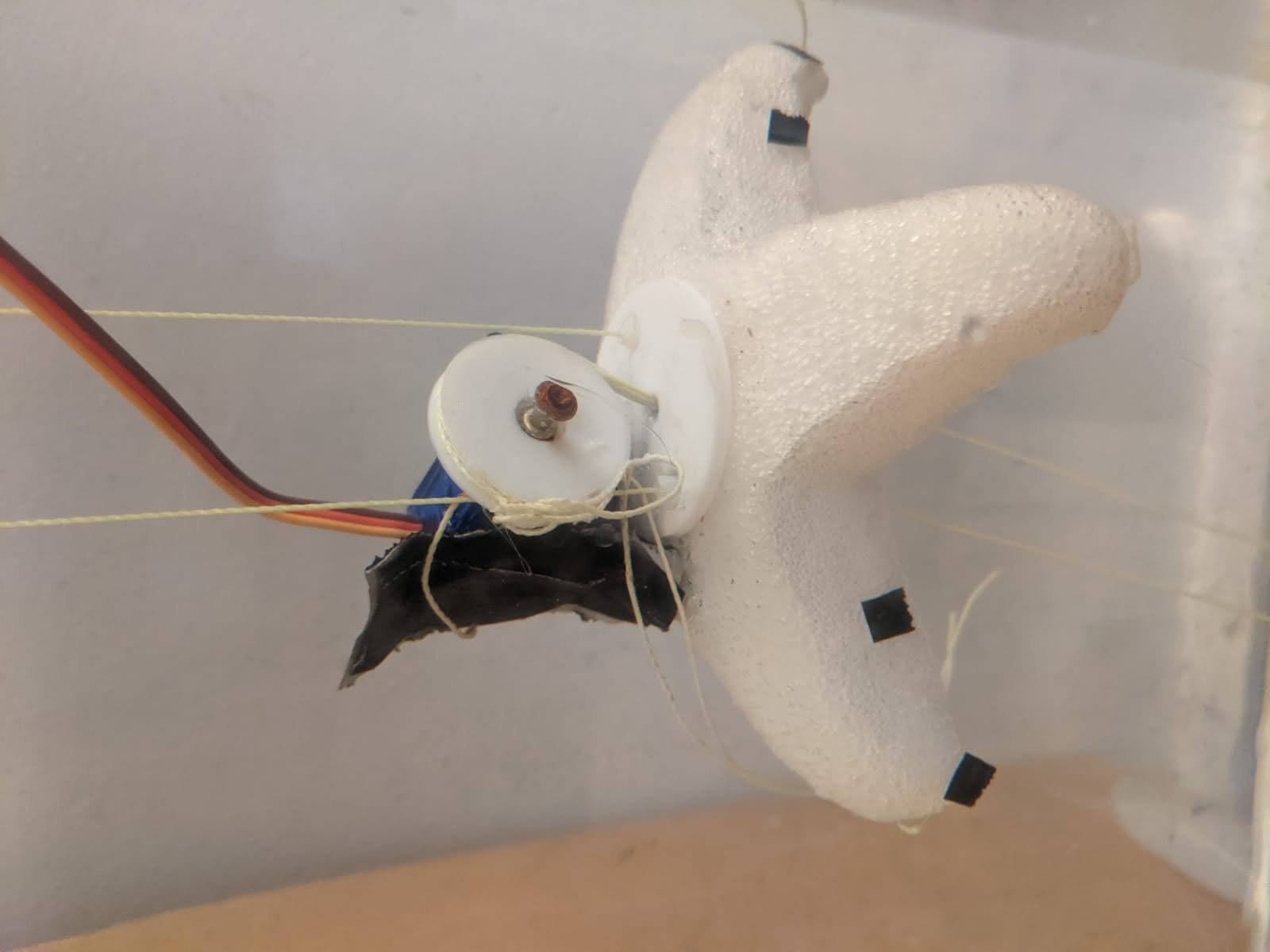 Biologists have long experienced the challenges of documenting ocean life, with many species of fish proving quite sensitive to the underwater movements of humans.

As a possible solution, computer scientists have been developing special marine robots that can stealthily move among their carbon-based counterparts: in 2018, for example, a team from MIT’s Computer Science and Artificial Intelligence Lab (CSAIL) fabricated a soft robotic fish that autonomously swam with real fish along the coral reefs of Fiji.

However, the complex dynamics of how water moves - and its ability to quickly ruin some perfectly good electronics systems - have made underwater robots especially difficult to develop compared to ones for air or land. With the fish, the CSAIL team had to go through months of trial and error to manually tweak the design so that it could actually reliably work in the water.

While that robot was an especially complex one, a group led by MIT professors Wojciech Matusik and Daniela Rus still felt that there was room to speed up the production process. With that in mind, they have now created a new tool for simulating and fabricating a functional soft robot in a matter of hours.

The team used their system to make a soft robotic starfish made out of silicon foam and capable of moving with a single low-powered actuator. The starfish moves via tendons in its four legs, which are connected to a servo motor that’s used to flex and relax the legs.

“The passive interactions between an underwater robot and the fluid forces around it - whether it’s a calm current or an undulating wave - are much more complicated than when a robot is walking on stable terrain, which makes creating its control systems quite difficult,” says CSAIL postdoc Josephine Hughes, co-lead author of a new paper alongside PhD student Tao Du about the starfish. “But using this simulator, a process that might normally take days or weeks can happen in just a few hours.”

Du says that the team chose a starfish design because of the simplicity and elegance of its motion, with the squeezing and releasing of its legs creating forward movement. However, the team found that the simulator works for a range of body types, and so they will next be exploring designs inspired by sea turtles, manta rays and sharks that involve more complex structures such as joints, fins and flippers.

The group’s tool involves a machine learning model doing an initial simulation and design of the control mechanisms of the robot, which is then rapidly fabricated. Real-world experiments with the robot are then used to acquire more data to repeatedly improve and optimize its design. The result is that the robot typically only has to be re-fabricated one more time. (A separate paper about the development of the simulation tool is currently under review.)

“When doing robotic simulation, we have to make approximations that, by definition, create a gap between simulation and reality,” says Cecilia Laschi, a professor of control and mechatronics at the National University of Singapore who was not involved in the research. “This work is intended to reduce that reality gap, with a mixed-loop of simulated and real experiments that’s quite effective.”

For the starfish’s body the team used silicone foam because of its elastic properties, natural buoyancy, and ability to be fabricated quickly and easily In experiments the researchers found that the starfish could move through the water four times faster than when using a controller hand-crafted by a human expert.

Indeed, Hughes says that the team discovered that the simulator seems to employ control strategies that humans would not have thought of themselves.

“With the robot starfish we learned that, in addition to those quite visible leg propulsions they do, there are some subtler high-frequency movements that can give them important momentum,” Hughes says.

The project builds off of a series of CSAIL projects focused on soft robots, which Rus says have the potential to be safer, sturdier and more nimble than their rigid-bodied counterparts. Researchers have increasingly turned to soft robots for environments that require moving through tight quarters, since such robots are more resilient in being able to recover from collisions. Laschi says that the team’s tool could be used to develop robots for measuring data at different locations in the deep ocean, and for generally envisioning robots that can move in new ways that researchers haven’t yet thought of.

"Bio-inspired robots like the starfish robot and SoFi can get closer to marine life without disturbing it,” says Rus. “In the future, by rapidly designing and building bio-inspired robotic  instruments, it will be possible to create custom observatories that can be deployed in the wilderness to observe life."

Du and Hughes co-wrote the paper with Matusik, Rus, and MIT undergrad Sebastien Wah. The paper was published this week in the Journal of Robotics Automation Letters, and will also be presented virtually next month at IEEE’s International Conference on Soft Robotics (RoboSoft).

“Using this simulator, a process that might normally take days or weeks can happen in just a few hours.”