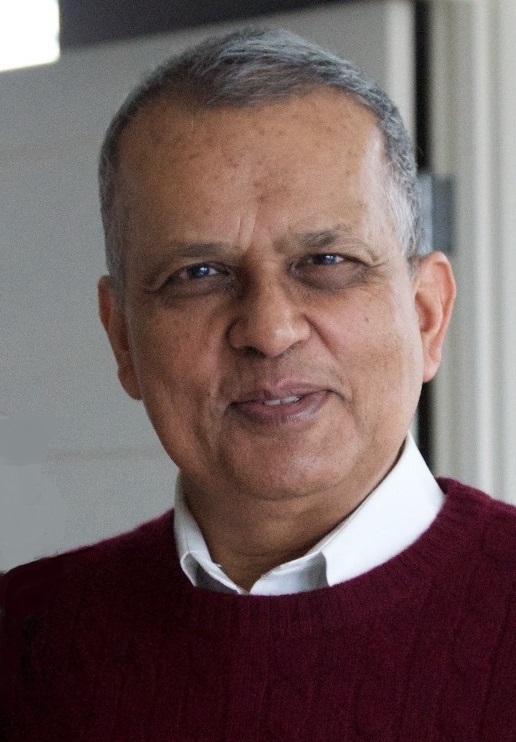 MIT’s Amar Gupta and his wife Poonam were on a trip to Los Angeles in 2016 when she fell and broke both wrists. She was whisked by ambulance to a reputable hospital. But staff informed the couple that they couldn’t treat her there, nor could they find another local hospital that would do so. In the end, the couple was forced to take the hospital’s stunning advice: return to Boston for treatment.

Because of the injury and delays in obtaining the needed surgery, Gupta declined an offer of an endowed professorship in Los Angeles, extending his stay at MIT beyond his one year as a visiting professor. In his view, the experience was bitter confirmation of the need for his work addressing dysfunction and inefficiency in the U.S. health-care system, and it inspired him to redouble those efforts.

Gupta, who teaches the EECS and IMES course Telemedicine and Telehealth for Enhancing Global Health (6.884/HST.S58), has been instrumental in several major technological advances at MIT and at two other universities where he held professorships. He pioneered content-based image search techniques on microcomputers and developed character-recognition technology widely used today for electronic check-processing. He developed neural-network algorithms for reading mammograms that dramatically reduce the incidence of false negatives and false positives. He also developed a neural network-based system to reduce a national pharmacy chain’s drug-inventory level from $1 billion to half that amount while maintaining the same overall probability for finding a drug in stock when needed.

But Gupta, who was the first senior research scientist at the MIT Sloan School of Management, has spent much of his career dealing with what comes after invention: deployment. He notes that there’s no shortage of innovative technologies that languish unused. Many fail to serve a need. Others are impractical. Still others have simply been blocked by institutional, legal, or policy hurdles. Gupta has worked to both persuade organizations to adopt useful innovations and to change laws hindering adoption. "Amar is among the small fraction of researchers who propose innovative ideas and who can also address the institutional and policy challenges related to broad use of their ideas," says Phillip Clay, former MIT Chancellor and professor emeritus in the MIT Department of Urban Studies and Planning.

The need for such expertise and experience is particularly acute in health care as the United States struggles to contain costs and reduce inefficiencies. The U.S. Department of Veterans Affairs (VA) alone spends $1 billion annually just to reimburse transportation costs incurred by veterans undergoing medical treatment, according to research published in Telemedicine and Journal and e-Health, the official journal of the American Telemedicine Association. In 2017, the VA announced plans to provide telemedicine services regardless of where patients and providers are located, disregarding state laws restricting interstate practice of telemedicine. Supporting such developments is Gupta’s challenge of the constitutionality of state laws and regulations that inhibit the practice of telemedicine, outlined in an article he co-authored, with Deth Sao, in Health-Matrix: The Journal of Law-Medicine, in 2012.

While doctors and state medical boards may prefer the tradition of state-level regulations, regulation of interstate commerce remains the domain of the U.S. federal government, Gupta notes. "I cannot think of another [computer science] faculty member who has written a similar controversial paper in a law journal and whose policy recommendations have led to such profound impact at the national level," says Ram Sriram, chief of the Software and Systems Division of the Information Technology Laboratory at the National Institute of Standards and Technology in Maryland.

Sriram is particularly interested in Gupta’s work in the area of health-care interoperability and his efforts to link information from electronic health record [EHR] systems, Internet of Things devices, pharmacy systems, and lab systems. Gupta is taking a consortium approach that was previously used to foster machine-based reading of amounts on bank checks, Sriram notes. Interoperability is crucial for the widespread adoption of telemedicine, and the adoption of banking technologies can serve as a model, Gupta explains. “We really need to have some rational way of thinking about telemedicine across state boundaries as well as across national boundaries,” he says. “If each of the states is going to have different laws, it becomes a much bigger barrier to employing it.”

A key component of Gupta’s work on telemedicine deployment is ensuring that students learn about the issues. In his popular telemedicine course, he emphasizes the practical over the theoretical by bringing in guest speakers from government, industry, and medical schools, a feature that’s especially popular with students. The new course received very high evaluation scores from students, a rare achievement, Clay notes.

The course “is a fantastic and quite unique forum for exploring telemedicine in all its dimensions, and Gupta’s experience and accomplishments make him the perfect person to run it,” says Jeffrey Flier, a Harvard University Distinguished Service Professor and former Dean of Harvard Medical School. Flier was a recent guest in the class.

The course resonates with many of the students personally. Sudhanshu Mishra ’17, from Bangalore, India, noted that his home country has a growing shortage of doctors given the rate of population growth and the capacity of Indian medical schools to produce doctors. “The only way the health-care needs of the population can be met is if there's an amplifying factor,” says Mishra, who is now enrolled in the EECS Master’s in Engineering program.  “So that's where telemedicine comes in.”

Mishra has seen it in action. His mother is a doctor, and she frequently receives text messages from remote patients with medical complaints, he says: “Often, she's able to figure out what's wrong and provide a course of action.”

In addition, Gupta’s concept of the 24-Hour Knowledge Factory involves using globally dispersed teams that can assure that work continues smoothly around the clock. The concept can also help address another long-standing problem: declines in the job performance of health-care professionals working overnight shifts, compared with their counterparts on daytime shifts.

With that in mind, Emory University recently transferred several doctors and nurses to Australia as part of the effort to provide better overnight service to patients in Atlanta. The medical team in Australia works 12 hours during daytime there, then hands things off to the Atlanta staffers, who work during their own daylight hours, then, in turn, hand things back to their Australian counterparts. Gupta is now analyzing data from the project. “Right now, they're only looking after American patients, and they've only been licensed to practice in the U.S.,” he says. “But I can see a day when all this happens on a global basis.”

In most countries today, patients no longer need to fly thousands of miles for treatment of injuries, suffering additional pain and discomfort due to delays in medical attention. Widespread adoption of telemedicine concepts will allow more patients to be treated at or near home. Gupta’s harrowing experience has simply strengthened his resolve to continue working toward a goal he sums up as “health-care for all: better, quicker, and less expensive.”