Meet CSAIL’s winners of the “Nobel Prize for computing” 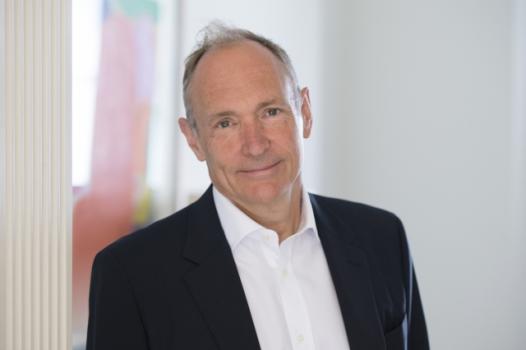 While computer science has no formal Nobel Prize, the Association for Computing Machinery’s A.M. Turing Award is often described as “the Nobel Prize of computing.”

Over the years, more than a dozen CSAIL-affiliated computer scientists have receive the award - including four of the last nine winners.

Read below for more information about some of the honorees.

It's no understatement to say that Berners-Lee has fundamentally transformed the world as we know it. He invented the World Wide Web and many of its underlying architecture, including URLs, the HTTP communications protocol, and the HTML language for creating webpages. His open-source approach to coding the first browser and server is often credited with helping catalyzing the web’s rapid growth.

Stonebraker revolutionized the field of database management systems (DBMSs), inventing many of the concepts that are used in almost all modern databases. He also founded numerous successful database companies, including Data Tamer and Vertica (later bought by HP for $400 million). His award marks the first time that the honor came with a $1 million prize, thanks to a donation from Google. Goldwasser and Micali have done groundbreaking work in the fields of cryptography and complexity theory, developing new encryption mechanisms that are used in many of today’s communications protocols, Internet transactions and cloud computing. ACM credited the duo with “revolutionizing the science of cryptography” and developing the gold standard for enabling secure Internet transactions.

The first American woman to earn a PhD from a computer science department, Liskov pioneered the design of computer programming languages that underpin virtually every modern computing-related convenience in people's daily lives. The head of CSAIL’s Programming Methodology Group, Liskov has helped make software more reliable, consistent and resistant to errors and hacking.

Rivest is a legend in the field of cryptography and co-creator of the RSA encryption algorithm, which is used for the vast majority of all financial transactions and secure communications online. He has designed several other important encoding methods, and is also co-author of “Introductions to Algorithms,” a classroom standard that has sold more than 500,000 copies.

Often described as one of “the fathers of the modern PC”, Lampson founded Xerox’s Palo Alto Research Center, where he helped create the Alto, the first computer to feature a mouse and a graphical user interface (GUI). An adjunct professor at MIT, he also developed Bravo, the first “what you see is what you get” (WYSIWYG) word processor.

Corbato was part of the initial team that created Project MAC, the predecessor to CSAIL. His work developing Multics and the Compatible Time-Sharing System (CTSS), which let multiple people use a computer at the same time, lowered the barriers to entry for computer use and ultimately helped pave the path to a world of personal computers.

Others
Other CSAIL community members who have won the award include former researchers John McCarthy and Dennis Ritchie, and alums Leslie Lamport ‘60 and Ivan Sutherland PhD ‘63.