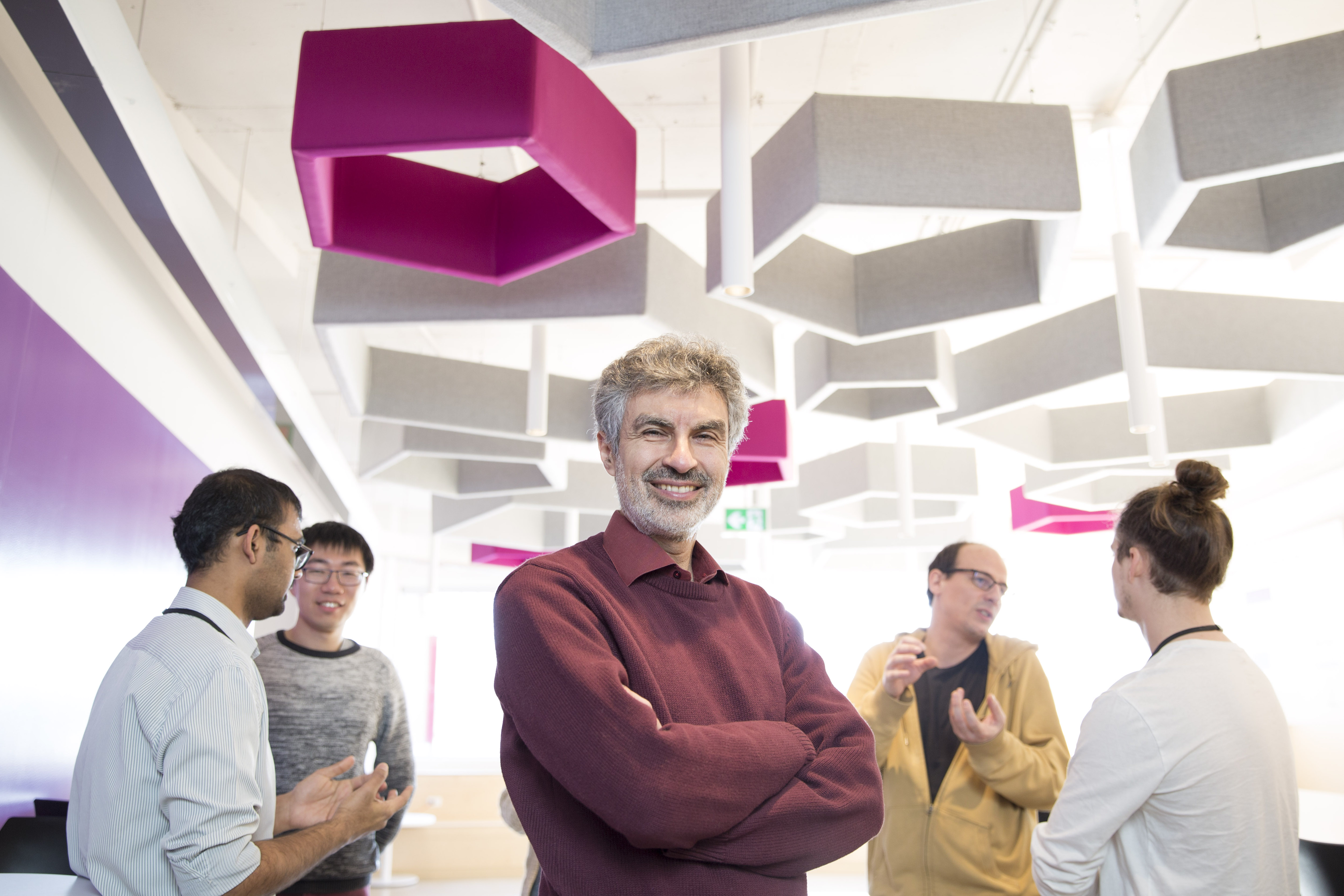 A dream of the deep learning project was that a learner could discover a hierarchy of representations with the highest level capturing abstract concepts of the kind we can communicate with language, reason with and generally use to understand how the world works. It is still a challenge but recent progress in machine learning could help us approach that objective. We will discuss how the ability to discover causal structure, and in particular causal variables (from low-level perception), would be a progress in that direction, and how recent advances in meta-learning and taking the perspective of an agent (rather than a passive learner) could also play in important role.

Yoshua Bengio is recognized as one of the world’s leading experts in artificial intelligence (AI) and a pioneer in deep learning. Since 1993, he has been a professor in the Department of Computer Science and Operational Research at the Université de Montréal. Holder of the Canada Research Chair in Statistical Learning Algorithms, he is also the founder and scientific director of Mila, the Quebec Institute of Artificial Intelligence, which is the world’s largest university-based research group in deep learning. His research contributions have been undeniable.

In 2018, Yoshua Bengio collected the largest number of new citations in the world for a computer scientist thanks to his many publications. The following year, he earned the prestigious Killam Prize in computer science from the Canada Council for the Arts and was co-winner of the A.M. Turing Prize, which he received jointly with Geoffrey Hinton and Yann LeCun, as well as the Excellence Awards of the Fonds de recherche du Québec – Nature et technologies. Concerned about the social impact of AI, he actively contributed to the development of the Montreal Declaration for the Responsible Development of Artificial Intelligence.