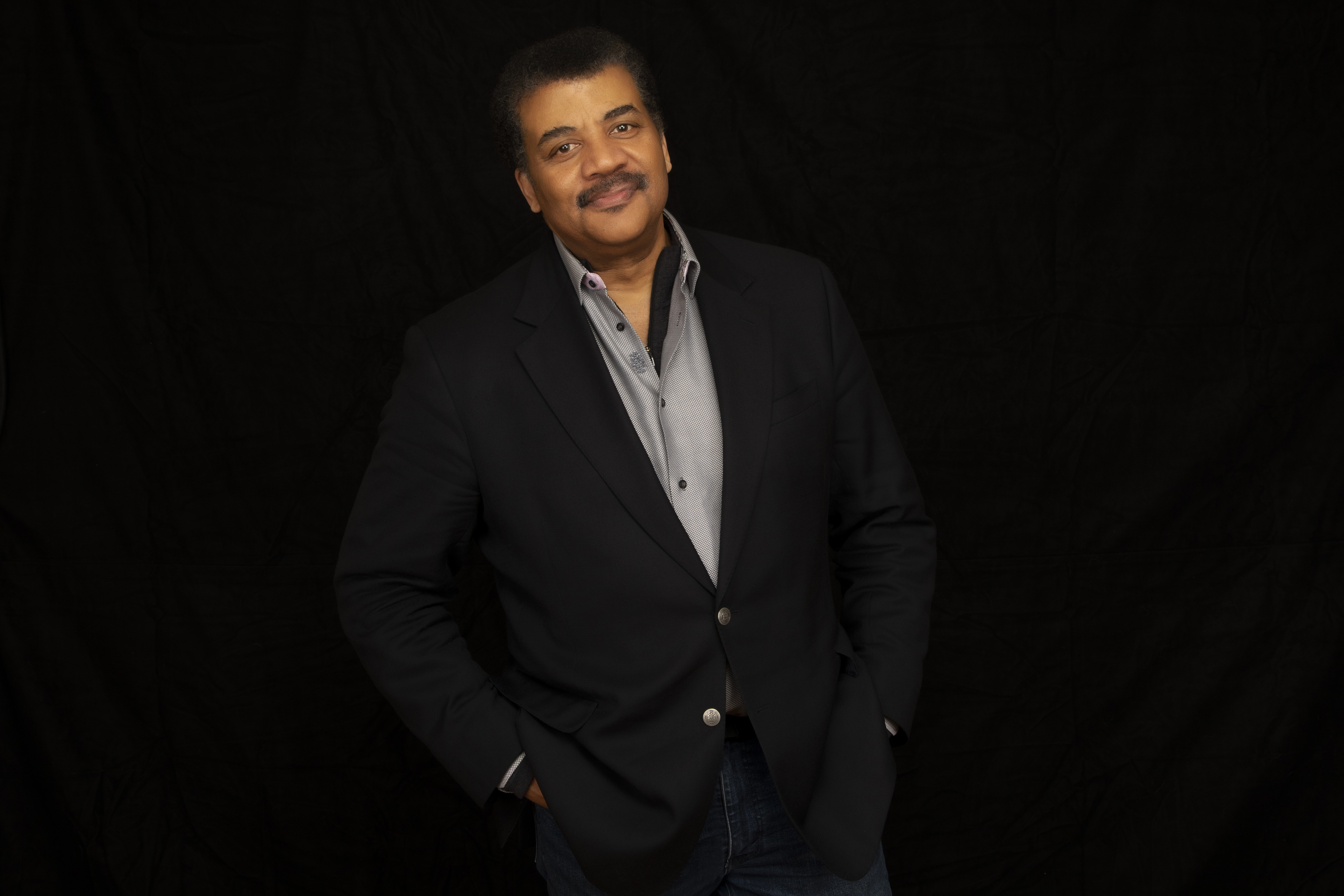 Neil deGrasse Tyson was born and raised in New York City where he was educated in the public schools clear through his graduation from the Bronx High School of Science. Tyson went on to earn his BA in Physics from Harvard and his PhD in Astrophysics from Columbia. Tyson is the fifth head of the world-renowned Hayden Planetarium in New York City and the first occupant of its Frederick P. Rose Directorship. He is also a research associate of the Department of Astrophysics at the American Museum of Natural History.

In 2001, Tyson was appointed by President Bush to serve on a twelve-member commission that studied the Future of the U.S. Aerospace Industry. The final report was published in 2002 and contained recommendations (for Congress and for the major agencies of the government) that would promote a thriving future of transportation, space exploration, and national security. In 2004, Tyson was once again appointed by President Bush to serve on a nine-member commission on the Implementation of the United States Space Exploration Policy, dubbed the “Moon, Mars, and Beyond” commission. This group navigated a path by which the new space vision can become a successful part of the American agenda. And in 2006, the head of NASA appointed Tyson to serve on its prestigious Advisory Council, which guides NASA through its perennial need to fit ambitious visions into restricted budgets.

In addition to dozens of professional publications, Dr. Tyson has written, and continues to write for the public. From 1995 to 2005, Tyson was a monthly essayist for Natural History magazine under the title Universe. And among Tyson’s fifteen books is his memoir The Sky is Not the Limit: Adventures of an Urban Astrophysicist; and Origins: Fourteen Billion Years of Cosmic Evolution, co-written with Donald Goldsmith. Origins is the companion book to the PBS NOVA four-part mini-series Origins, in which Tyson served as on-camera host. The program premiered in September 2004. Two of Tyson’s other books are the playful and informative Death By Black Hole and Other Cosmic Quandaries, which was a New York Times bestseller, and The Pluto Files: The Rise and Fall of America’s Favorite Planet, chronicling his experience at the center of the controversy over Pluto’s planetary status. The PBS NOVA documentary The Pluto Files, based on the book, premiered in March 2010. In February 2012, Tyson released his tenth book, containing every thought he has ever had on the past, present, and future of space exploration: Space Chronicles: Facing the Ultimate Frontier. More recently, Tyson published Astrophysics for People In A Hurry in 2017, which was a domestic and international bestseller. That was followed in 2018 by Accessory to War: The Unspoken Alliance Between Astrophysics and the Military, coauthored with Avis Lang, and in 2019 by Letters from an Astrophysicist, both New York Times Bestsellers. And most recently, Tyson has released his new book: Cosmic Queries: StarTalk’s Guide to Who We Are, How We Got Here, and Where We’re Going (National Geographic; March 2, 2021).

For five seasons, beginning in the fall of 2006, Tyson appeared as the on-camera host of PBS NOVA’s spinoff program NOVA ScienceNOW, which is an accessible look at the frontier of all the science that shapes the understanding of our place in the universe. During the summer of 2009 Tyson identified a cadre of professional standup comedians to assist his effort in bringing science to commercial radio with the NSF-funded pilot program StarTalk. Now also a popular Podcast, for three years it enjoyed a limited-run Television Series on the National Geographic Channel. StarTalk combines celebrity guests with informative yet playful banter. The target audience is all those people who never thought they would, or could, like science. In its first year on television and in three successive seasons, it was nominated for a Best Informational Programming Emmy.

Tyson served as Executive Science Editor and on-camera Host & Narrator for Cosmos: A SpaceTime Odyssey, the 21st century continuation of Carl Sagan’s landmark television series. The show began in March 2014 and ran thirteen episodes in primetime on the FOX network, and appeared in 181 countries in 45 languages around the world on the National Geographic Channels. Cosmos won four Emmy Awards, a Peabody Award, two Critics Choice awards, as well as a dozen other industry recognitions. Tyson reprised his role as on-camera host for the next season of Cosmos—Cosmos: Possible Worlds, which premiered on the National Geographic Channel in March 2020 and on the FOX network in September 2020.

Neil deGrasse Tyson lives in New York City with his wife, a former IT project manager with Bloomberg Financial Markets.