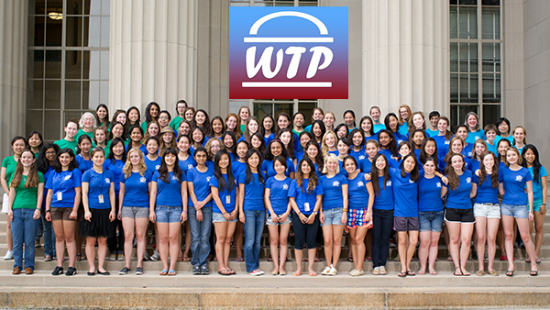 Students attend WTP in either Electrical Engineering and Computer Science or Mechanical Engineering. Founded in 2002, WTP is designed for students who excel in and have a passion for math and science, but who have little or no experience. Students who are not yet certain about their future college majors are encouraged to apply.

Applications are available until late November and the application deadline is January 1.

The program has many successful alums, including new CSAIL principal investigator Tamara Broderick, who was part of the inaugural class of WTP!

“WTP was an amazing opportunity to learn the basics of computer science, electrical engineering, and applied math with like-minded peers,” Broderick says. “I felt I was suddenly in a place where I really belonged.”

Now the ITT Career Development Assistant Professor in the Department of Electrical Engineering and Computer Science, Broderick recalls “open-ended projects that pushed frontiers for me,” such as biopsying a grape suspended in Jell-O with a homemade Lego-based probe. There was extracurricular fun as well with a “group of people who shared the same nerdy sensibility.” She saw the Boston Pops, ate her first dim sum, and drew the digits of pi on a beach.

But most of all Broderick credits WTP with demonstrating the potential of computer science and mathematics as fields of study. “My experience at WTP was formative,” she says. “It had a broad impact on what I wanted to do, in my decision to pursue math and computer science more generally.”