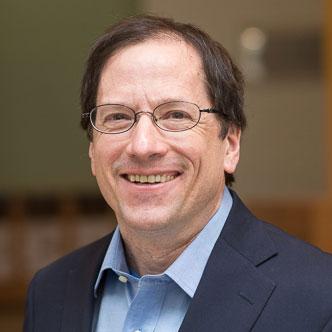 This week it was announced that MIT professor and CSAIL principal investigator Bill Freeman was named an Association for the Advancement of Artificial Intelligence (AAAI) Fellow for his research contributions to the field of artificial intelligence (AI).

Fellows are selected for significant research, technical, or service-focused contributions to the theory or practice of AI, spanning industry, government, or academia. Fellows are nominated by the AAAI Fellows Selection Committee.

Freeman, who is a professor of Electrical Engineering and Computer Science at MIT, researches machine learning applied to computer vision, Bayesian models of visual perception, and interactive applications of computer vision.

His many years of research have been profilific in the field. When working at the Polaroid Corporation, he co-developed an electronic printer (Polaroid Palette), and developed algorithms for color image reconstruction, which are used in Polaroid's electronic camera. In 1997, he received the Outstanding Paper prize at the Conference on Computer Vision and Pattern Recognition, for his work on applying bilinear models to "separating style and content.”