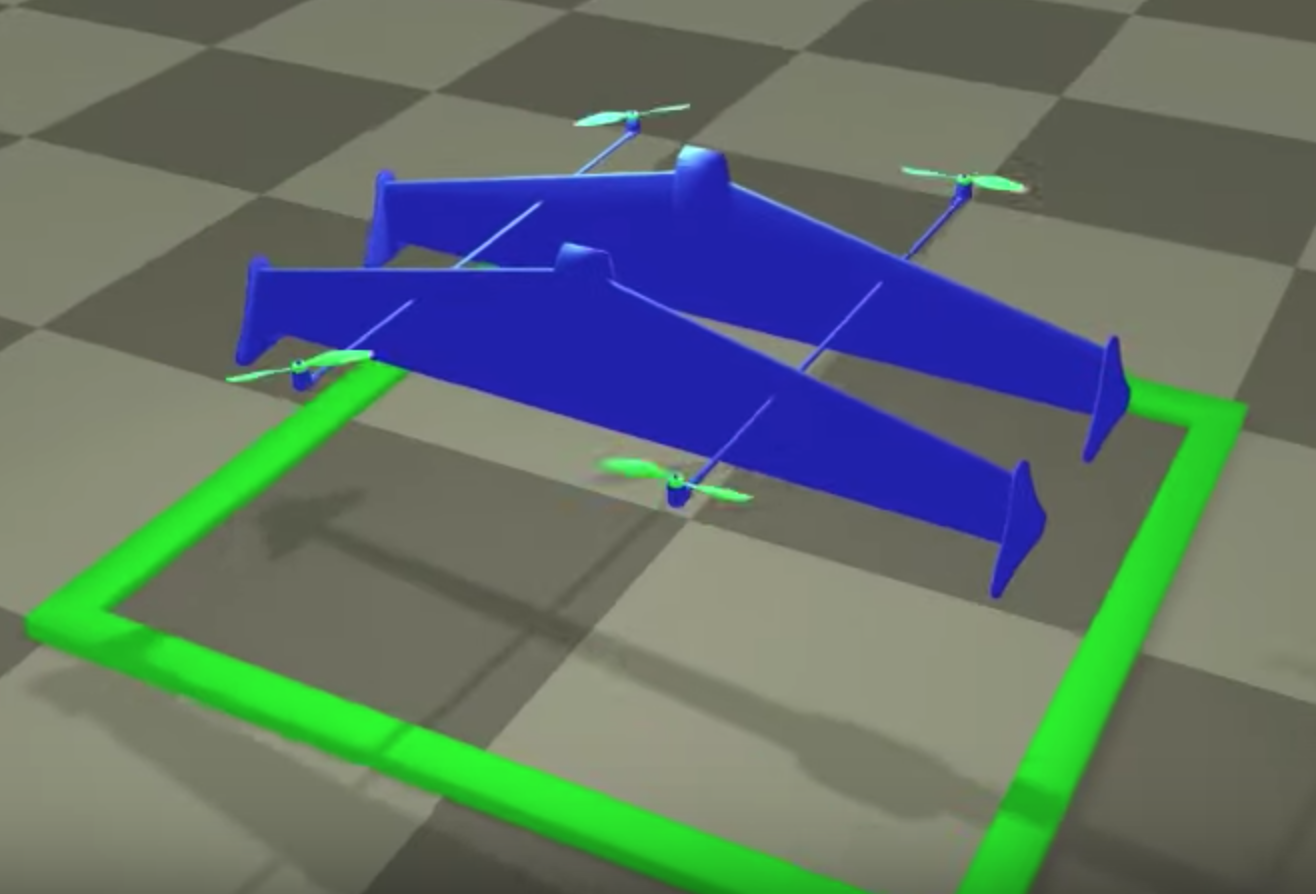 For as popular as drones have gotten, they still have many drawbacks compared to the fixed-wing planes we use for commercial flight.

Most consumer drones are “multi-copters,” meaning that they have a series of rotors or propellers that allow them to hover like helicopters. But having rotors severely limits their energy efficiency, which means that they can’t easily carry heavy payloads or fly for long periods of time.

To get the best of both worlds, drone designers have tried to develop “hybrid” fixed-wing drones that can fly as efficiently as airplanes, while still taking off and landing vertically like multi-copters.

These drones are extremely hard to control because of the complexity of dealing with their flight dynamics - typically engineers have to develop one control system for hovering, and another for gliding horizontally like a plane. As a result, their control systems often have to be designed manually and from scratch for every drone, which can be difficult, expensive and time-consuming.

But a team from MIT CSAIL aims to make the customization process easier, with a new system that allows users to design drones of different sizes and shapes that can nimbly switch between hovering and gliding - all by using a single controller.

“Our method allows non-experts to design a model, wait a few hours to compute its controller, and walk away with a customized, ready-to-fly drone,” says MIT CSAIL grad student Jie Xu, lead author of a new paper about the work that will be presented later this month at the SIGGRAPH conference in Los Angeles. “The hope is that a platform like this could make more these more versatile ‘hybrid drones’ much more accessible to everyone.”

In typical designs, experts manually design controllers for both “copter flight” (hovering) and “plane flight” (gliding) mode, as well as controllers for transitioning between the two modes. This is no small feat, especially with how complex the flight dynamics are when there are both rotors and wings to contend with.

Researchers have recently turned to neural networks for creating more adaptable control systems. However, most methods have been run in simulation but not on real hardware - an issue referred to as “the simulation-to-reality gap.”

To address this, the CSAIL team developed a new component in the NN controller that keeps track of the discrepancies between simulation and real-world scenarios, which is used to allow the controller to adapts its output command. The CSAIL system does not have to store any modes and can switch from hovering to gliding (and vice versa) by simply updating the drone’s target velocity.

The team integrated the system into the CAD program OnShape to enable users to first select and match drone parts from a data set. The drone’s design was then inputted into a training process through a simulator that tests its flight performance. (The team validated their approach both in simulation and real flight tests.)

In future work, the team plans to try to further increase the drone’s maneuverability by improving its design. The model doesn’t yet fully take into account complex aerodynamic effects between the propeller’s airflow and the wings. And lastly, their method trained the copter with “yaw velocity” set at zero, which means that it cannot currently perform sharp turns.