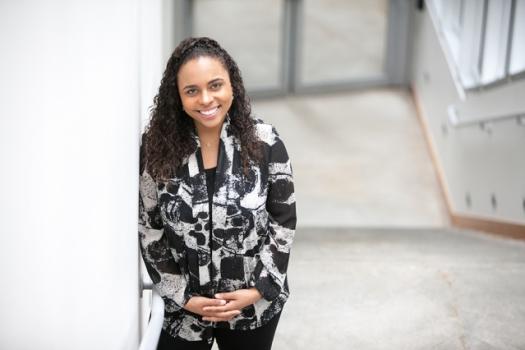 Communicating through computers has become an extension of our daily reality. But as speaking via screens has become commonplace, our exchanges are losing inflection, body language, and empathy.

Olson’s research focuses on inventing and analyzing new forms of media, from gaming experiences to interactive narratives. Last year she worked with Fox Harrell, an associate professor of digital media with appointments in the MIT Comparative Media Studies/Writing program and CSAIL, and Karim Ben Khelifa, a photojournalist and MIT visiting artist, on “The Enemy,” a virtual reality experience that lets users stand “face-to-face” with soldiers from opposing sides of global conflicts.

Khelifa traveled to places such as Israel, Palestine, and El Salvador to interview soldiers from different sides of conflicts. Olson’s contribution was to help design algorithms that analyzed their body language for how they would move in different scenarios. That information was then incorporated into the live experience: If the user walks towards one of the soldiers, the soldier can dynamically respond based on the user’s behavior.

She says that the goal of “The Enemy” is to enable the public to develop more meaningful relationships to world events than they would simply by reading news articles.

“You’re looking someone in the eye as they describe death and war conflicts, and seeing their facial expressions and body language,” Olson says. “There's a different level of empathy that you can cultivate with these sorts of technologies.”

Her other areas of research follow a similar thread of building empathy by examining different cultures. She’s working on developing interactive narrative experiences to help kids practice dealing with social identity issues. For example, one game might involve an elf trying to get past a gate keeper from a different clan, who may try fitting in by downplaying parts of their identity to get past the gate. Olson’s work has already gained attention from notable artists such as rapper Lupe Fiasco, who came into Harrell’s lab at MIT to offer feedback.

Growing up, Olson got a late start to coding. As a kid she wasn't one to play video games or pull apart computers, and didn't even know what MIT was until she watched “Iron Man” as a high-schooler. At 17 she was accepted to MIT's Minority Introduction to Engineering and Science Program (MITES) program, and she returned the following year as an undergraduate.

She says that her passion for education comes from her mother, who came to the U.S. from Cameroon with only an eighth-grade education before going on to earn her master’s degree.

“I always hear my mom’s voice saying that education is the one thing nobody can take away from you,” Olson says.

As an MIT senior she founded Gique, a nonprofit focused on teaching local students skills in STEAM — science, technology, engineering, arts, and math — embracing the intersection of art and technology. Her team creates hands-on curricula, experiments, and activities to help students develop more holistic viewpoints of the world.

“A 2008 study on ‘No Child Left Behind’ showed that half of the nation's districts decreased class time for art, drama, history, and science, which left students with a narrow learning environment,” she says. “We need to fight back against policies that discourage interdisciplinary education.”

Olson says that it’s vital for people in power to use their influence to help give underrepresented groups more access to resources that can level the playing field.

“I had access to programs like FIRST Robotics and MITES because I didn’t have to pay for them,” she says. “They’re sponsored by people who put their money where their mouth is and who aren’t just acknowledging the need for workplace diversity: They’re actually taking steps to invest directly in people of color."

Outside of her research and educational work, Olson feeds her creative pursuits, whether it’s cooking, reading comic books, or taking care of her pet rabbit and cat.

“I see my place as raising the next generation of computer science warriors who ingrain their culture into the fabric of computing,” she says. “I think it’s important to build systems that aren’t catered only to certain populations, but actually represent many values and bolster our political capital as developers, engineers, and makers.”

One thing people would be surprised to know about her: She was an MIT cheerleader. The year she started and served as co-captain was the first time in MIT history that the cheerleading team went to nationals.

Advice to incoming students: “You’re going to have failures. The master has failed more times than the beginner has even tried. Make sure you have an identity outside of research, so it’s not threatened when you hit a bump in the road.”

Her tech role model: Stacie LeSure Gregory, a postdoc at the American Association of University Women (AAUW). “She’s dedicated her career to empowering women and underrepresented groups in STEM.” 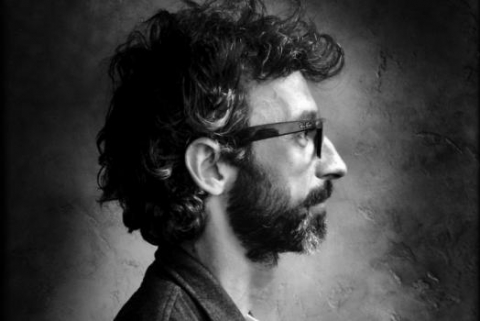 Face to face with "The Enemy"

When the filmmaking pioneers Auguste and Louis Lumière screened their 1895 film, "The Arrival of a Train at La Ciotat," audiences were so frightened by the real appearance of the image that they screamed and got out of the way — or so a well-known anecdote goes. Today, as one enters a virtual reality (VR) space — such as that conjured by MIT Visiting Artist Karim Ben Khelifa in his vanguard project "The Enemy" — it is not uncommon for participants to experience a similar shock at the sounds of footsteps, then sudden presence of two soldiers in the room.

Face to face with "The Enemy"