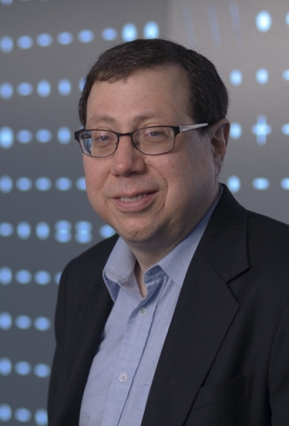 One of the world’s fastest growing programming languages is the MIT-developed Julia, which has been downloaded more than two million times by technical coders everywhere from Google and Facebook to the FAA and the Department of Energy. This past year researchers used Julia on a supercomputer to analyze astronomy images 1000 times faster, cataloging almost 200 million astronomical objects in under 15 minutes.

Technically, the language has been something of a long-running work in progress. Today, however, marks a major milestone: its official launch as Julia 1.0, announced in conjunction with JuliaCon, the language’s annual conference taking place this week in London.

“We began the road to Julia with a West Coast frisbee game, and an East Coast car ride," says MIT professor Alan Edelman, one of the co-creators of the language at MIT’s Computer Science and Artificial Intelligence Lab (CSAIL). “The release of 1.0 says that Julia is now ready to change the technical world by combining the high-level productivity and ease of use of Python and R with the lightning-fast speed of C++.” ”

Julia has been used to power self-driving cars, robots and 3D printers, as well as in fields as diverse as precision medicine, augmented reality, genomics, machine learning and risk management.

Free and open source, it has an active programmer community of more than 700 contributors, and powers many important platforms, include the FAA’s collision avoidance system and platforms used by BlackRock and the New York Federal Reserve Bank. It was first developed by Edelman alongside his then-students and co-researchers Jeff Bezanson, Stefan Karpinski and Viral Shah at MIT CSAIL.

"Expressibility and performance are often at odds in programming-language design," says MIT professor Charles E. Leiserson, who co-authored the world's most widely used book on algorithms, Introduction to Algorithms.  "Languages that make programming easy tend to run slowly, and languages that offer performance tend to make programming difficult.  Julia is widely recognized for providing a win-win solution to this two-language problem."

Looking ahead, Edelman says that Julia’s flexible nature makes it a very attractive option for a future that is very difficult to predict.

“We are starting to see that there are larger possibilities when code can do so much more than what you intended it to do,” Edelman says. “Julia’s generic programming and multiple dispatch technology is more than just productivity and speed - we believe its flexibility makes it poised to help tackle the grand challenges that we face in AI, health, science, and engineering.”