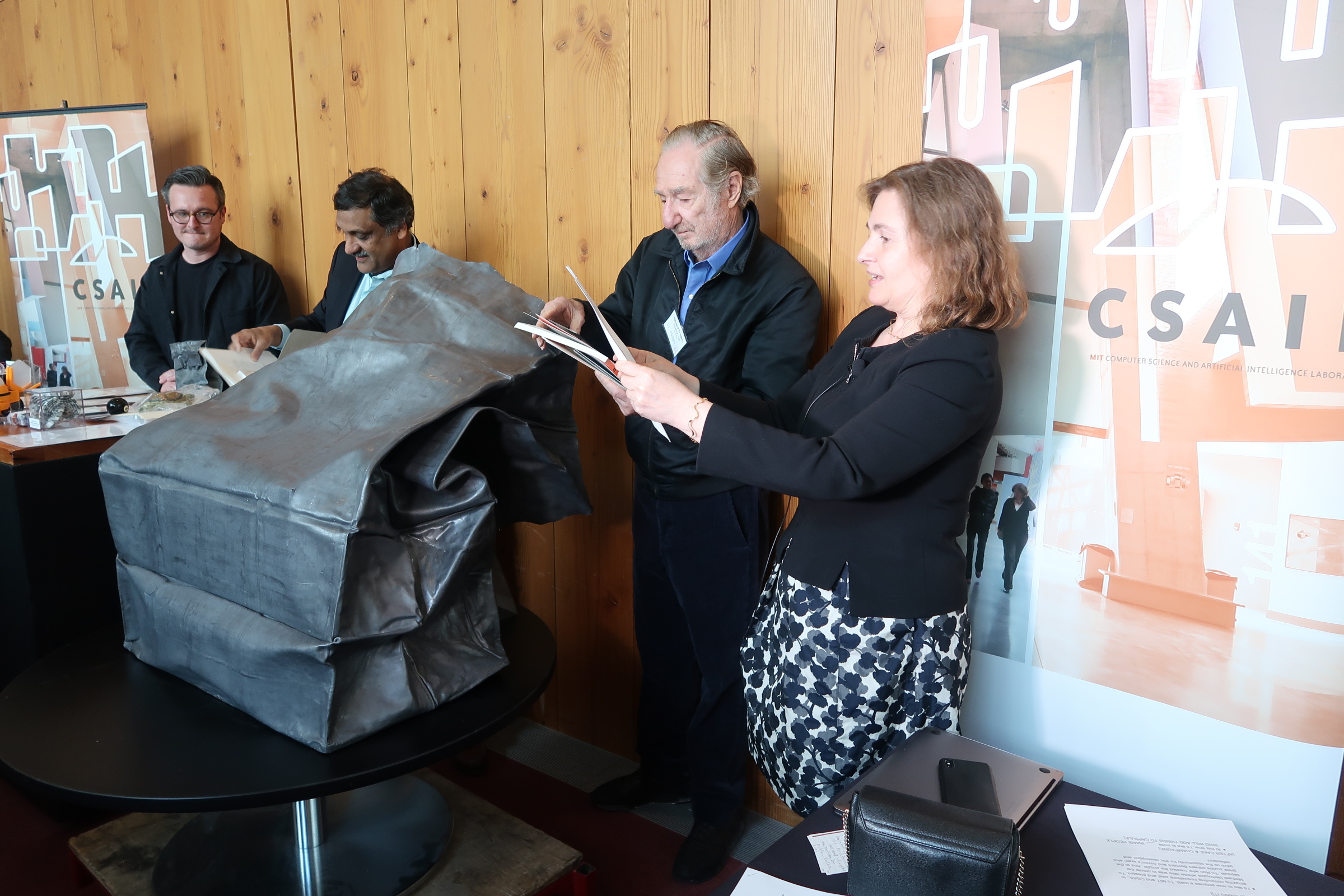 Designed by architect Frank Gehry, the capsule was first created as part of a celebration commemorating 35 years of research at what was then MIT’s Laboratory for Computer Science.

CSAIL director Daniela Rus and former lab directors Anant Agarwal and Ed Fredkin together unveiled the capsule and then went about uncovering the artifacts locked inside like a group of giddy schoolchildren opening Christmas presents.

Among the items in the capsule:

Rus also spoke about the fact that there are still quite a few time capsules all over MIT’s campus - some buried, others hidden and a few that are actually right in plain sight.

For example, 80 years MIT engineers placed a capsule under an 18-ton magnet in the cyclotron building. The capsule will be unearthed in the coming months as the Institute prepares to break ground on the new College of Computing building there.

Meanwhile, in 2015 a construction team working on the new MIT.nano building inadvertently uncovered a glass time capsule that was buried almost 60 years earlier, with the intention of not being opened up for 1000 years.