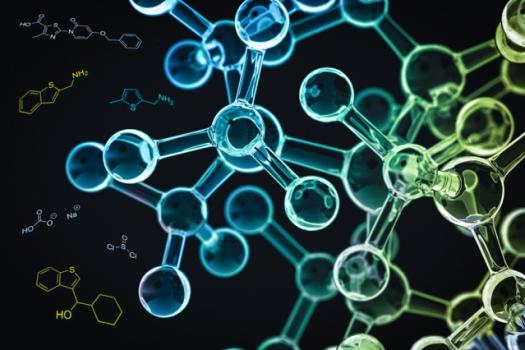 When organic chemists identify a useful chemical compound — a new drug, for instance — it’s up to chemical engineers to determine how to mass-produce it.

There could be 100 different sequences of reactions that yield the same end product. But some of them use cheaper reagents and lower temperatures than others, and perhaps most importantly, some are much easier to run continuously, with technicians occasionally topping up reagents in different reaction chambers.

Historically, determining the most efficient and cost-effective way to produce a given molecule has been as much art as science. But MIT researchers are trying to put this process on a more secure empirical footing, with a computer system that’s trained on thousands of examples of experimental reactions and that learns to predict what a reaction’s major products will be.

The researchers’ work appears in the American Chemical Society’s journal Central Science. Like all machine-learning systems, theirs presents its results in terms of probabilities. In tests, the system was able to predict a reaction’s major product 72 percent of the time; 87 percent of the time, it ranked the major product among its three most likely results.

“There’s clearly a lot understood about reactions today,” says Klavs Jensen, the Warren K. Lewis Professor of Chemical Engineering at MIT and one of four senior authors on the paper, “but it's a highly evolved, acquired skill to look at a molecule and decide how you’re going to synthesize it from starting materials.”

With the new work, Jensen says, “the vision is that you’ll be able to walk up to a system and say, ‘I want to make this molecule.’ The software will tell you the route you should make it from, and the machine will make it.”

With a 72 percent chance of identifying a reaction’s chief product, the system is not yet ready to anchor the type of completely automated chemical synthesis that Jensen envisions. But it could help chemical engineers more quickly converge on the best sequence of reactions — and possibly suggest sequences that they might not otherwise have investigated.

A single organic molecule can consist of dozens and even hundreds of atoms. But a reaction between two such molecules might involve only two or three atoms, which break their existing chemical bonds and form new ones. Thousands of reactions between hundreds of different reagents will often boil down to a single, shared reaction between the same pair of “reaction sites.”

In the past, chemists have built computer models that characterize reactions in terms of interactions at reaction sites. But they frequently require the enumeration of exceptions, which have to be researched independently and coded by hand. The model might declare, for instance, that if molecule A has reaction site X, and molecule B has reaction site Y, then X and Y will react to form group Z — unless molecule A also has reaction sites P, Q, R, S, T, U, or V.

It’s not uncommon for a single model to require more than a dozen enumerated exceptions. And discovering these exceptions in the scientific literature and adding them to the models is a laborious task, which has limited the models’ utility.

One of the chief goals of the MIT researchers’ new system is to circumvent this arduous process. Coley and his co-authors began with 15,000 empirically observed reactions reported in U.S. patent filings. However, because the machine-learning system had to learn what reactions wouldn’t occur, as well as those that would, examples of successful reactions weren’t enough.

From this training, the network essentially learned a hierarchy of reactions — which interactions at what reaction sites tend to take precedence over which others — without the laborious human annotation.

Other characteristics of a molecule can affect its reactivity. The atoms at a given reaction site may, for instance, have different charge distributions, depending on what other atoms are around them. And the physical shape of a molecule can render a reaction site difficult to access. So the MIT researchers’ model also includes numerical measures of both these features.

According to Richard Robinson, a chemical-technologies researcher at the drug company Novartis, the MIT researchers’ system “offers a different approach to machine learning within the field of targeted synthesis, which in the future could transform the practice of experimental design to targeted molecules.”

“Currently we rely heavily on our own retrosynthetic training, which is aligned with our own personal experiences and augmented with reaction-database search engines,” Robinson says. “This serves us well but often still results in a significant failure rate. Even highly experienced chemists are often surprised. If you were to add up all the cumulative synthesis failures as an industry, this would likely relate to a significant time and cost investment. What if we could improve our success rate?” 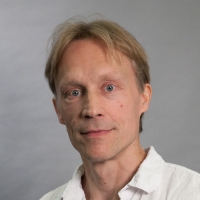