Celebrating the life of doctoral student and alumnus Michael B. Cohen 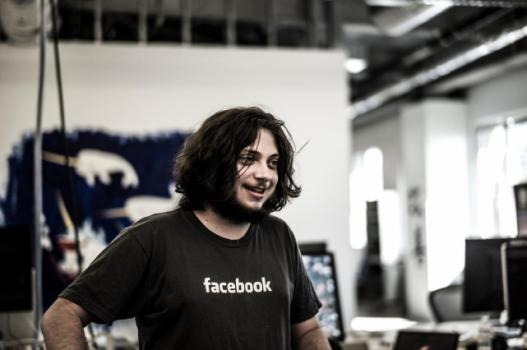 Michael B. Cohen ’14, SM ’16 had a deep love for mathematics and the theoretical foundations of computing — a love that was infectious, brilliant, and always shared with others. Cohen, a doctoral student in the Department of Electrical Engineering and Computer Science (EECS), died suddenly from natural causes in September. He was 25 years of age.

At the time of his passing, Cohen was visiting the University of California at Berkeley, where he had gone to meet with colleagues at the Simons Institute for the Theory of Computing. A member of the Theory of Computing group at the Computer Science and Artificial Intelligence Laboratory (CSAIL) at MIT, he had roots in the Washington area.

Daniela Rus, the Andrew (1956) and Erna Viterbi Professor of Electrical Engineering and Computer Science and Director CSAIL, said, “We are all still stunned by the news of the passing of Michael Cohen. Michael was a beloved student at CSAIL, a brilliant colleague in the theory group, and a joyful presence everywhere he went. This is a huge and collective loss for the entire CSAIL community.”

Cohen first came to MIT as an undergraduate student, and he lived in East Campus. He earned his bachelor’s in mathematics in 2014, having skipped his second year at MIT to work at Facebook. He then stayed on at MIT to pursue a graduate degree in computer science.

Scott Aaronson, a professor of computer science at the University of Texas at Austin who taught at MIT from 2007 to 2016, recalled Cohen as a particularly motivated first year student, ready to solve open problems, or basically tackle anything.

Writing on his blog, Aaronson noted that when he met Cohen he realized at once that he “was a freshman who I could — must — talk to like an advanced grad student or professor.” In his class on quantum complexity theory, Cohen had the habit of sitting in the front row and carrying on dialogues with Aaronson, often catching any errors or “unjustified claims.” At the same time, Aaronson was impressed by Cohen’s intellectual humility, as his focus was on understanding and clarifying tough concepts for everyone in the class, not showing off. Such openness led to Cohen “having a huge circle of friends.”

His fellow MIT students described him as “energetic, fun, and supportive,” and admired his irrepressible spirit of “exuberance and generosity.” Cameron Musco, a doctoral student in the same lab as Cohen and a frequent co-author, wrote, “It was impossible to ignore his energy, wonder, and excitement for research, current events, and everything in between.” Cohen was a notable presence on the 5th and 6th floors of the Stata Center at MIT, Musco also recalled, “always … surrounded by a group of friends happy to banter or simply to listen. He was a natural teacher — truly kind, humble, welcoming, positive, and always willing to slow his thoughts for a moment to share his brilliance.”

Cohen was an intellectual tour-de-force beyond the campus as well. He spent a summer at Microsoft Research, where he quickly cemented a reputation for “his larger-than-life personality” and academic brilliance. A statement by the team he worked with at Microsoft read: “Michael was a brilliant mathematician and a rising star in his field. … [H]e made sweeping progress in online learning and online algorithms, two fields he had just recently become acquainted with. In addition to solving five open problems in these areas, he continued his substantial progress on the k-server problem, one of the most celebrated and notoriously difficult challenges in the space of adaptive algorithms.”

Sebastien Bubeck, a researcher in the Theory Group at Microsoft Research who worked alongside Cohen, shared what he called a “typical Michael story,” about when they first met in October 2016 at MIT: “We were about to start lunch with a small group of graduate students and Michael entered the room, he (gently) interrupted the conversation and his first sentence to me was a question about mirror descent that I was not able to answer. (We now know the answer, and as it turns out his question was pretty deep and the answer highly non-trivial.)”

Bubeck, like many others, was also struck by Cohen’s remarkable way of doing mathematics, primarily never writing anything on paper. James R. Lee, a professor of computer science at University of Washington, said, “His mind was always going at 100 mph, so it was remarkable that he didn’t miss a beat in calibrating (i.e., slowing down) for an audience (or for those who did not know him).”

Luca Trevisan, a professor of electrical engineering and computer science at Berkeley, noted that “in a few short years, Michael left his mark on a number of problems.” At the time of his death, Cohen was credited as a co-author on papers with more than 30 distinct collaborators. Tom Cohen, Michael’s father, remarked that his son, “more than anything, wished to become part of that community and to engage in a meaningful way on relevant research in the field.” Cleary, he achieved that and much more, becoming a leading light in the theoretical computer science community.

As Lee wrote, “one got the sense that this was all a warmup for Michael. It’s really disheartening that we won’t get to see what comes next.” He and others have committed to ensuring that Cohen’s work is more than just remembered, but spread far and wide and used to tackle the kinds of open problems that he adored.

Those wishing to making contributions in Cohen’s name should consider givedirectly.org, a charity he admired that provides money to individuals in extreme poverty in Kenya and Uganda.