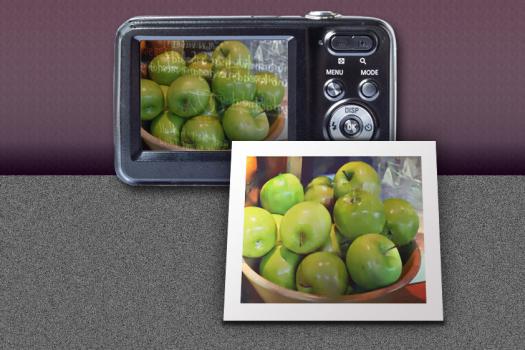 It’s hard to take a photo through a window without picking up reflections of the objects behind you. To solve that problem, professional photographers sometimes wrap their camera lenses in dark cloths affixed to windows by tape or suction cups. But that’s not a terribly attractive option for a traveler using a point-and-shoot camera to capture the view from a hotel room or a seat in a train.

At the Computer Vision and Pattern Recognition conference in June, CSAIL researchers will present a new algorithm that, in a broad range of cases, can automatically remove reflections from digital photos. The algorithm exploits the fact that photos taken through windows often feature two nearly identical reflections, slightly offset from each other.

Collaborators created an algorithm that divides images into 8-by-8 blocks of pixels; for each block, it calculates the correlation between each pixel and each of the others. The aggregate statistics for all the 8-by-8 blocks in 50,000 training images proved a reliable way to distinguish reflections from images shot through glass.

“People have worked on methods for eliminating these reflections from photos, but there had been drawbacks in past approaches,” says Yoav Schechner, a professor of electrical engineering at Israel’s Technion. “Some methods attempt using a single shot. This is very hard, so prior results had partial success, and there was no automated way of telling if the recovered scene is the one reflected by the window or the one behind the window. This work does a good job on several fronts.”

“The ideas here can progress into routine photography, if the algorithm is further robustified and becomes part of toolboxes used in digital photography,” he adds. “It may help robot vision in the presence of confusing glass reflection.”