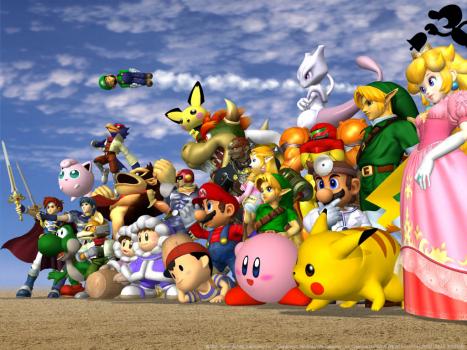 Game-playing artificial intelligence has proved to be a game-changer for even the most seasoned veterans. First, Deep Blue beat the world’s best chess player, and since then Go, Pacman and poker have fallen too. Now, AI has triumphed over another fan-favorite: Nintendo’s Super Smash Bros. Melee (SSBM).

Developed at MIT’s Computer Science and Artificial Intelligence Laboratory (CSAIL), a team led by Vlad Firoiu created an AI that uses deep learning algorithms to beat the world’s top players. The team trained the neural network by giving it the coordinates of items within the game, such as players, corners, or ledges.

“It uses a combination of human techniques and some odd ones too – both of which benefit from faster-than-human reflexes,” says Firoiu in an email to TechCrunch. “It’s sometimes very conservative and unwilling to attack until it sees there’s a opening. Other times it goes for risky off-stage acrobatics, that it turns into quick kills.”

The paper was submitted for consideration to the International Joint Conference on Artificial Intelligence  which takes place in Melbourne in August.

Super Smash Bros uses characters from different games, like Pikachu and Mario, with the goal of knocking the other out of bounds. When the team tested the system, the AI won more battles than it lost against ten high-ranking, prestigious players.

Julian Togelius from the NYU Game Innovation Lab, who was not involved in the paper, said in an interview that he wasn’t shocked by the outcome of the game, due the quick reaction times of computers, which in this case was around 33 milliseconds. (The range for humans is closer to over 200 milliseconds).

“Compared to other games, fighting games rely very little on long-term planning and very much on quick reactions,” he says.

While the model could be used for solo players to face an extra difficult opponent, or even to examine how AI reacts to new and different environments, this system still has a few details the team hopes to iron out: “if the opponent crouches in the corner for a long period of time, it freaks out and eventually self-destructs” says Firiou.