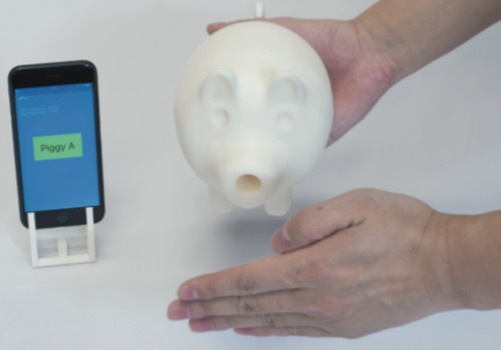 A team from CSAIL has helped develop a simulation method called "Acoustic Voxels" that allows them to develop acoustic filters that can reduce certain sounds and amplify others.

With researchers at Disney Research and Columbia University, the team has discovered a way to predict acoustic qualities 70,000 times faster than current algorithms. They have demonstrated their approach with 3D-printed designs that include mufflers, new wind instruments that can produce specific desired sounds, and “earmuffs” for motorcyclists that amplify car-horns and filter out wind-noise.

"Most acoustic filter design now is limited to simple geometries, such as pipes, because the acoustic behavior of more complex shapes is difficult to characterize," said Jessica Hodgins, vice president at Disney Research. "This new research suggests that significantly faster simulation methods will allow a better exploration of the design space computationally, making possible new uses for these filters."

For instance, the researchers showed that the approach allows for the design of acoustic tags into seemingly identical objects, giving each a distinctive sound when they are tapped.

The work will be presented July 24 at the ACM International Conference on Computer Graphics & Interactive Techniques (SIGGRAPH) in Anaheim, California.

Acoustic filters all work the same way: as sound waves pass through a cavity, some are reflected back and forth and either boost or suppress certain frequencies. Exactly which frequencies are affected will depend largely on the shape of the cavity, said David Levin, associate research scientist at Disney Research. But the influence of shape is complicated and unintuitive, so improving the quality of a filter requires quite a few trial-and-error iterations, he added. Due to the performance burden of predicting acoustic response, even computational design tools are limited to simple geometries.

With Acoustic Voxels, however, the researchers were able to precompute the acoustic properties of each module and how changing the size of the module would alter its properties, said Changxi Zheng of Columbia University. The researchers also developed a computational technique for optimizing how the modules could be attached to each other and arranged to achieve a certain effect.

Dingzeyu Li, a Disney intern and a Ph.D. student in graphics at Columbia, and his colleagues demonstrated the method by designing ear muffs that selectively filtered out engine noise or wind noise, as well as a trumpet-like wind instrument. In addition to objects with acoustic tags, they designed objects that actually could encode binary bit strings in the form of white noise, potentially enabling new applications.

Thus far, the method is mostly suitable for controlling impedance and transmission loss at discrete frequencies, such as in a traditional muffler design, said Wojciech Matusik, associate professor of electrical engineering and computer science at MIT's Computer Science and Artificial Intelligence Laboratory. But this study was limited to only one shape of Acoustic Voxel made of just a single material.

"Extending our method to additional shapes and materials could offer a larger palette for better acoustic filtering control," Matusik said.

The National Science Foundation supported part of this research.