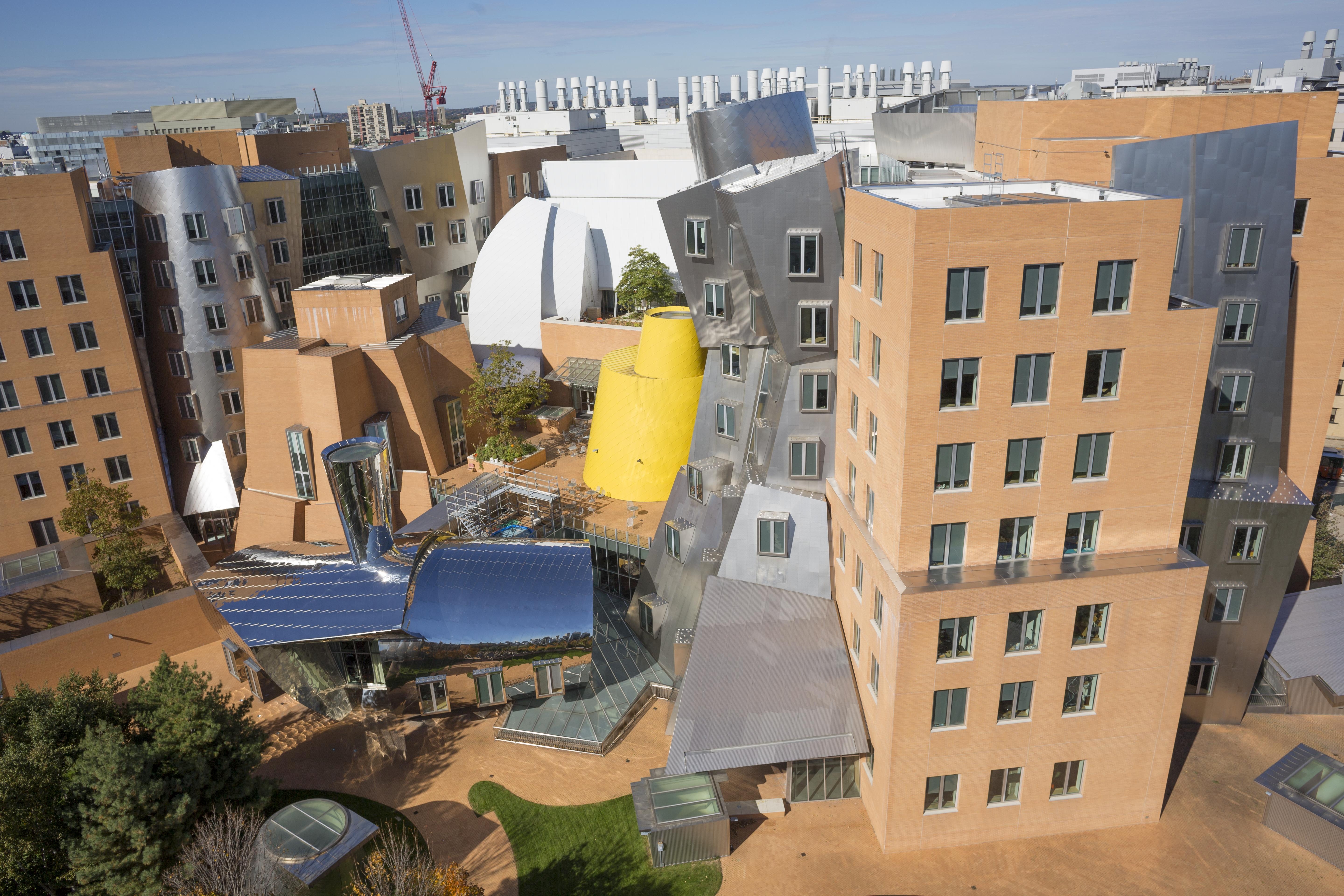 CSAIL is housed in the Stata Center (directions here), designed by renowned Canadian-American architect Frank Gehry, whose other structures include the Guggenheim Museum in Bilbao, the Disney Concert Hall in Los Angeles, and the Louis Vuitton Foundation in Paris, France.

With early influences in modernism, Gehry was inspired by using "everyday" materials, and grew up building little homes with whatever wood scraps he could find. These moments were the foundation for later finding a distinct style that has been said to "defy categorisation," playing with a mix of curvy edges, a lot of steel, and occasional bright colors.

Stata is a clear reflection of this -- a building found at the intersection of dreams and reality. The 720,000-square-foot design is a whimsical mesh of modern and quirky, with shiny tilting towers and angled walls. Opened in 2004 and built on the site of MIT's legendary Building 20, Stata is meant to carry on that space’s innovative spirit and foster cross-disciplinary collaboration. The "geek palace" was once described by Gehry himself as resembling “a party of drunken robots [who] got together to celebrate."

It is also home to MIT's Laboratory for Information and Decision Systems (LIDS) and the Department of Linguistics and Philosophy.

The Stata Center has five classrooms, a cafe/food court, a pub, an athletic facility and a 350-seat auditorium.

Its focal point is the Charles Vest Student Street on the first floor, with ample seating, open space, regular fairs and events, and the Forbes Family Café, a 220-seat dining facility for breakfast and lunch.

The building also has several unique outdoor gathering spaces, including the Dertouzos Amphitheater and the Grier Garden. The 4th-floor "R and D" pub is open to the MIT community during the academic year for drinks and light fare.

Stata occupies 720,000 square feet and 2.8 acres, and is made of 2.6 million pounds of steel and 1 million bricks. In 2005 it received the American Council of Engineering Companies’ Grand Award for Engineering Excellence and the Gold Award for Sustainable Site Design.

The Boston Globe's Robert Campbell has described it as "a work of architecture that embodies serious thinking about how people live and work, and at the same time shouts the joy of invention."

What does it mean to drink from a fire hose at MIT? What are some of the treasures that lie within and around the Stata Center? Sip from this audio tour to learn more.