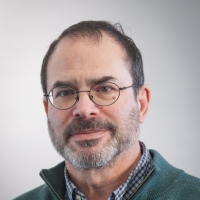 The Institute of Electrical and Electronics Engineers (IEEE) has named MIT professor Ted Adelson an elected Fellow for his contributions to “image representation and analysis in computer vision.”

Effective January 1, the fellowship is a prestigious honor given to less than 0.1 percent of the organization’s voting members.

Adelson is the John and Dorothy Wilson Professor of Vision Science at MIT, in the Department of Brain and Cognitive Sciences, and the Computer Science and Artificial Intelligence Laboratory (CSAIL).

Adelson’s research focuses on artificial touch sensing for robotics, and he has made many contributions in the areas of human vision, computer vision, and computer graphics. Specifically, he has done work on the problems of material perception in human and machine vision. His research in multiscale image representation and basic concepts in early vision, such as motion energy and steerable filters, are considered major breakthroughs in the field.

Throughout his work, Adelson has also come up with inventive new technologies. He developed an artificial touch sensing technology called GelSight, which converts touch to images and lets robots have tactile sensitivity exceeding that of human skin.

He is a member of the National Academy of Sciences, and a Fellow of the American Academy of Arts and Sciences.